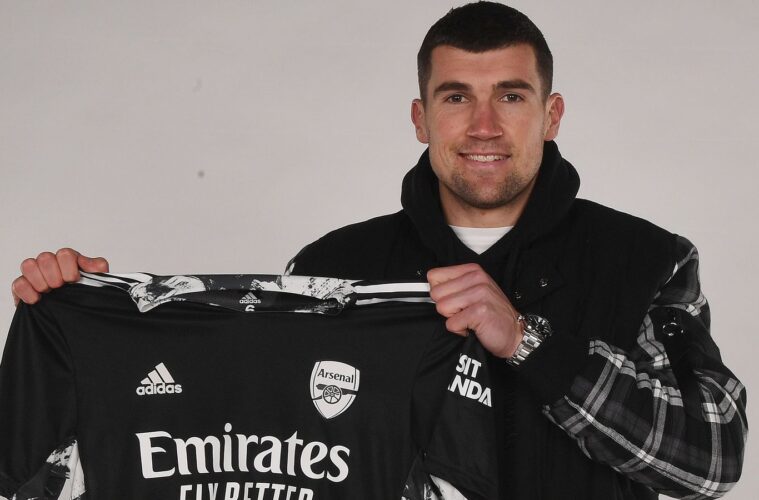 Mat Ryan’s loan move to Arsenal came as a surprise to many in Australian football, and while excitement to see a Socceroo back at a big club was undeniable, debate quickly ignited as to whether he’d actually be better off than he was at Brighton.

The definitive voice on The Gunners, The Athletic’s Amy Lawrence, has told Box2Box he’ll at least move up a rung in the keeping pecking order under Mikel Arteta, having been frozen out of match-day squads at Brighton.

“At Arsenal I think everybody recognised fairly urgently that the young lad that came in from Iceland, Alex Runarsson, needs a bit of time, let’s just say”, Lawrence said.

“The idea something might happen to [no.1 keeper] Berndt Leno and put him out the team for a long period of time was quite scary, so getting a Premier League-ready goalkeeper was a high priority.”

While some have suggested the chance to join his boyhood club may have blurred Ryan’s decision, Lawrence described the connection as ‘icing on the cake.’

“My admiration for people getting up at stupid o’clock to watch what might sometimes be a dreadful game is massive, so when he came out and said he used to get up at four in the morning at watch Arsenal…I really hope he gets a chance to play.”

“From an emotional point of view it would be a great thing for him and I hope he enjoys every minute.”

Ryan joins a club who Lawrence feels are enjoying newfound clarity under Arteta, with the transitional pains of the Wenger era finally behind them.

The squad had been re-energised by the likes of Kieran Tierney, Bukayo Saka and npw possibly the incoming Marten Odegaard, with only Grant Xhaka and Hector Bellerin still representative of Wenger’s reign.

“It’s really beginning to feel like that fresh chapter where there’s so few remnants now of the Wenger era. The general confusion of that handover period to [Unai] Emery, that’s been and done.”

“So things are looking up, but there’s still a way to go.”