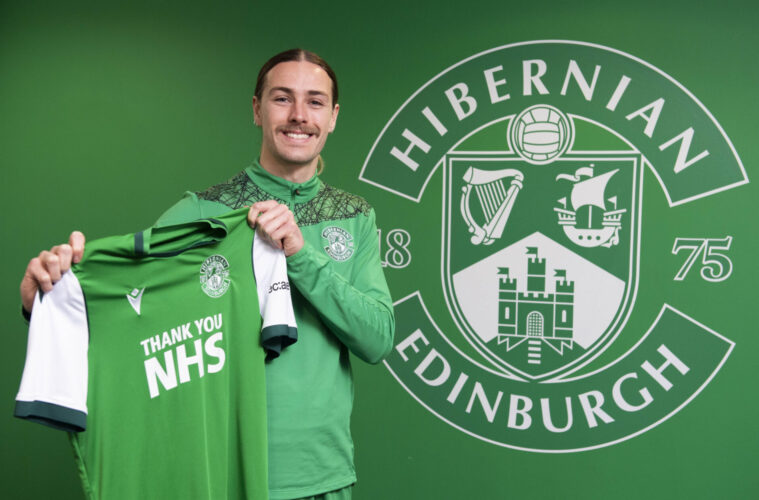 IRVINE DELIGHTED AT HIBS AS HE CHASES LOST TIME

Jackson Irvine has made the best possible start to life with Hibernian, and is gearing up for his sixth game for the club he joined only mid-way through January when Aberdeen visit Easter Road on Saturday.

The games can’t come quick enough for the Socceroos mainstay, who is making up for ten months lost in the football wilderness after his departure from Hull City in June.

Having declared at the time he was ‘dumbfounded’ by his release from a club where he was vice-captain, Irvine told Box2Box he initially turned down offers in search of a new club, only to find the market dry up as Covid-19 took hold across the UK.

“I had a couple of things brought to me early doors, we’re talking July time, but didn’t quite feel they were the right fit for me. Which in hindsight…. that’s the way it goes sometimes.”

“You have options, not many but a couple of things, then all of a sudden things dry up and you find yourself in no man’s land for a long period, which is very frustrating.”

“It was a crazy few months. I found myself all over the place trying to find the right solution for whatever was going on at the time.”

Not even the most pessimistic onlooker could have imagined Irvine would be stranded until beyond the new year. As the UK plunged into lockdown he returned to his family home in Melbourne, only to have plans of training with A-League sides scuppered as Victoria too became a Covid-hotspot.

He returned to the UK and leaned on his family, partner and Socceroos strength and conditioning boss Andrew Clark for support, eventually training at the Harry Kewell-managed Oldham Athletic while his club hunt continued.

“Mentally and physically it was exactly what I needed. I didn’t spend an awful lot of time there…it was mainly just when the guys had a big session Harry was happy for me to come and join in on the more physical days”, he said.

“Just being around a group again, the day-to-day of football made such a difference. It definitely pushed me to a level that meant when I went to Hibs, I was ready to go far quicker than I would have been otherwise.”

And so Irvine returns to familiar surrounds to reboot his career, to a country he and his family know well. Hibernian is his fourth Scottish Club following time with Celtic, Ross County and Kilmarnock, while his father hails from Aberdeen.

“[Familiarity with Scotland] played a massive part in my decision to come back up here. It is like a second home for me. I’m comfortable here, I know the league and I was well aware of the club having friends that play here, and of course with Martin [Boyle] from the national team.”

“When the call came it only really took one conversation with the manager here, Jack Ross, to see we were on the same wavelength.”

Having played in three wins from four so far, Hibs with Irvine look a side on the rise. Although runaway leaders Rangers have the Premiership all but won, there is plenty to play for the third-placed Hibs.

“Going into this weekend I’m looking at my fifth game in 14 days, so back to the hectic schedule of football over here. It couldn’t be going any better to be honest. I’m loving every second of my time here.”