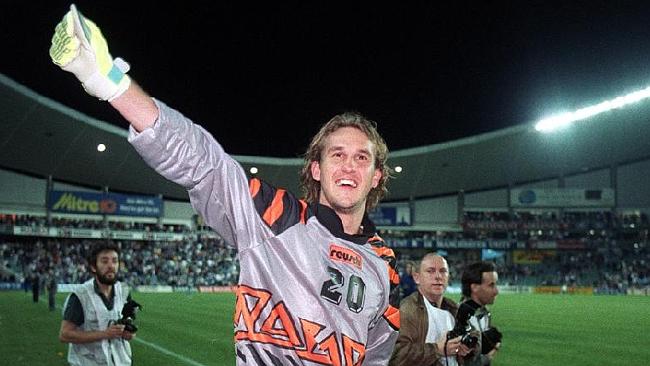 Former Socceroos and Heidelberg defender Jimmy Tansey joined Box2Box to recall some of his fondest memories from a long career designing and supplying Australia’s kits through adidas.

After a career as one of the NSL’s most consistent left-backs, Jimmy Tansey unexpectedly found himself back in his country of birth signing a deal that would define the sartorial style of Australian football for decades.

Having initially planned to continue as a bricklayer, Tansey instead travelled to London at the request of then-Socceroos boss Eddie Thompson to broker an apparel deal for the national team.

“Eddie gave us a call. The quote was ‘were in a bit of trouble here, want to come along and have a word with a few of the guys?’, which we did, myself and Rob Mills”, Tansey recalls.

“We went to London and basically we did a deal in twenty minutes whereby we (adidas) were the official supplier of Soccer Australia.”

Immediately the pressure was on; with a World Cup Qualifying play-off 2nd leg against Canada looming in late 1993, Tansey explained there was less than three weeks to produce a kit.

“We literally turned that first strip around in three weeks. The problem was the goalkeepers strip, to get that printed and made. I delivered Mark Schwarzer’s goalkeeping strip the night before to the hotel at about 11 o’clock at night.”

As Schwarzer famously saved two penalties in the shootout wearing the grey number with orange triangles, Tansey watched from the stands, proud that his work had the chance to shine between the sticks.

Four years later, Tansey and Mills found themselves under the pump again. With Australia facing their infamous Iranian assignments ahead of the 1998 World Cup the duo had to design a strip that satisfied FIFA’s sponsorship rules, while also placating corporate partners Coca Cola.

“One that caused us a lot of angst and a lot of arguments, myself and Rob Mills called it the Coke strip… As you know you were not allowed to put sponsors names on a World Cup [shirt] under a FIFA ruling.”

“So we went to the Coke headquarters in Sydney and had a very heated argument… [they said] we want something that represents Coke, me and Rob were dead against it.”

“In the end, it was you’d better have or we’ll pull the sponsorship.”

“When it’s dire straights, then it was ‘ok, we’ll do it.’ So we called it the ‘Coke Ribbon’ strip, so that’s the one that caused us a lot of sleepless nights.”

Sadly for Australian football fans, they weren’t the only sleepless nights that stemmed from those matches. When the Socceroos finally had the chance to grace the world stage the adidas era had ended, with Nike the new kit suppliers.

But as demonstrated by the recent rebirth of the divisive ‘Spew Kit’, and the fondly-remembered ‘Coke Ribbons’, the adidas kits organised by Tansey retain a special place in the hearts of many in Australian football.

But of all he played a crucial hand in designing and producing, which one does Tanssey himself hold dearest?

“Of all the Socceroos shirts I had, I have one left. In all honesty I gave them away to schools, friends and stuff, and I’ve literally got one left which is in the wardrobe.

“It’s the adidas one, with the three stripes on the shoulder and the badge was sewn on. We’re talking about one from 1975 [from his playing days]. It’s an original.”