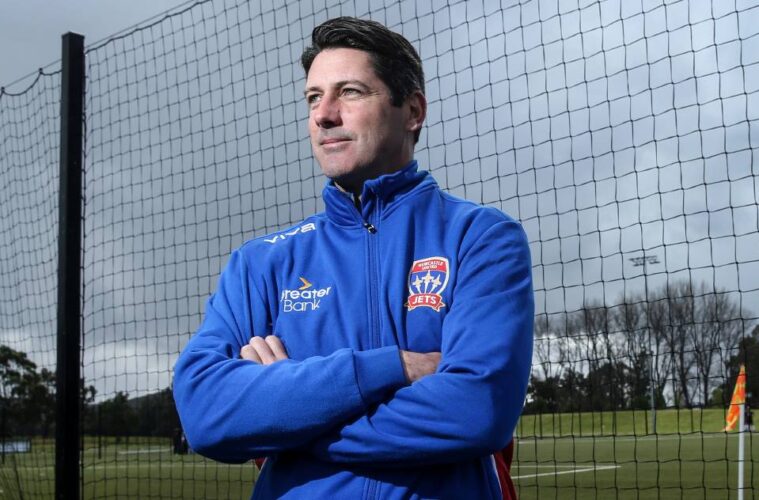 Craig Deans has made no apologies for his ambitions for Newcastle’s season, with finals firmly on his radar having been appointed permanent manager last week.

Having begun the season with four winless matches the Jets picked up points in each of their next four, generating some positivity for a club that’s been well versed in hard times off the pitch of late.

“I think we’ve shown in the first eight games that we are more than competitive. We got off to a bad start but the performance was good, then the last four weeks we’ve picked some points up as well”, Deans told Box2Box.

Deans’ ascension to the top job at the Hunter has been a story of loyalty and perseverance, filling in as A-League interim boss three times either side of a five-year reign as W-League manager.

Having also worked with the youth setup across 13 years at the club, he felt the time was right to put himself forward for the top job permanently.

“The first time I stepped in was when Branko Culina was sacked. I was 36 and nowhere near ready to coach at that time, so I was happy to wait and be patient.”

“Then Ernie [Merrick’s] situation came up and I’d been working with him a little bit before he left. I got a taste back for being in the A-League after five years with the W-League team.”

“This time I think I’d done enough, shown enough ability to coach at this level to put my hand up and be confident I could do the job. I back my ability, and won’t be happy until we’ve got a place in the six.”

Having followed Alen Stajcic and Patrick Kisnorbo as experienced women’s coaches to have transitioned to the men’s game, Deans was effusive he’d gained plenty from his time in the W-League.

“[The W-League’s] hard work, there’s so much work to be done. You generally do it all on your own… and that teaches you work ethic.”

“The girls ask a lot of questions… they want to speak to the coach human being to human being and that’s something I didn’t understand before I coached in women’s football.”

“It’s definitely improved my ability to build relationships with players. I’m certainly a better coach for having been a W-League coach.”