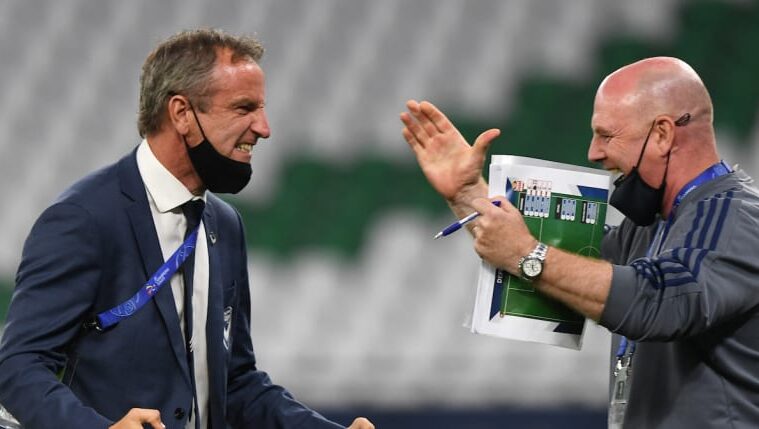 Melbourne Victory’s diabolical post-Kevin Muscat era has plunged new depths this A-League campaign, with the club propping up the foot of the table with four points from six outings.

The appointment of inexperienced boss Grant Brebner has already been written off by some as a failure, although The Age’s Michael Lynch insists crisis talks are premature.

“I think it’s way too soon to start talking about a crisis, we’re only six games in. You’ve got to give the team, the club and everyone involved with it at least half a season before you can start to make properly informed decisions”, he told Box2Box.

“Since the club went into the hub they’ve won two of eleven A-League games. That was alleviated by what most would consider an overachievement in the Asian Champions League, which gave them credits in the bank.”

Despite the continental goodwill behind Brebner half a season was all that was afforded to Marco Kurz last season, the German sacked after 15 points from 13 games.

Again, Lynch argues more leeway should be afforded to Brebner; whereas Kurz was a man in full command, Brebner is being assisted by former Blackburn Rovers boss Steve Kean, and therefore shouldn’t carry expectations on his own.

“I see it as a duopoly. Brebs is the head coach and he’s the front man, but I see Steve Kean very much as separate but almost equal. If you’re going to slaughter Brebner for the tactics and the results, Kean has to take a fair measure of it as well, surely.”

“If it was Central Coast, Newcastle Jets, you wouldn’t be asking after six games ‘is there a question mark about the coach?’ But this is Melbourne Victory, a club that has since the inception of the A-League styled itself as the biggest team in the competition.”