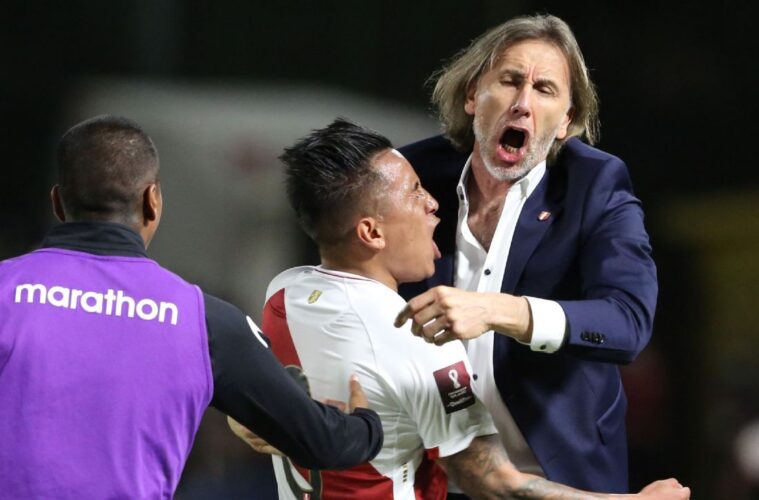 The Socceroos are treating Wednesday’s victory over the UAE as half-time of their Doha mission to qualify for a fifth-consecutive World Cup, and on Tuesday morning face a second-half against Ricardo Gareca’s Peru that shapes as their toughest task yet.

Australia’s qualifying campaign has fluctuated considerably since it kicked off in September 2019, from setting a FIFA record for consecutive wins within a campaign through the first half before sputtering through the latter stages and falling well short of automatic qualification.

Peru’s journey has been something of the inverse: a disastrous start was redeemed after a galvanising run to the final of the 2019 Copa America, form they then translated to their qualifiers. Ultimately, they finished fifth in the highly competitive South American region.

As The Guardian’s Marcela Mory y Araujo told Box2Box, the Peruvian public took immense pride in their win over Australia at the 2018 World Cup, and are looking to double down with a similar group to that which took the field in Sochi.

‘The Peruvians I’ve been speaking to are prepared for anything. They do say things like ‘we should win, but you never know in football.’ But they do have this long standing, unrequited love with the idea of the World Cup, they’d love to go again.

‘After 32 years without making it there they got to Russia, and their two main claims to satisfaction on the world stage was the one they lost to France, who then won the tournament, and the other was they beat Australia. That’s the maximum glory of the nation in their recent history.’

‘They’re completely prepared for things to go either way, however I sense they are ready to put up a good fight. They have a real desire – we could discuss forever how much desire plays a part in these matters, but I think they really want it, and Gareca really wants it, even though they didn’t have a particularly good qualification campaign.’

Qualification would certainly add another layer to the legend of manager Gareca, the 20-cap Argentina international who has become intrinsically linked with Peruvian football through his seven years in the job. Nicknamed ‘El Tigre’, Gareca has overseen the drought-breaking return to the World Cup and 2019 Copa run; a second trip to the big stage would only affirm the esteem in which he’s held.

‘He’s very much liked, he’s funny, charming, a good speaker, a thinker of football. People call him ‘The Tiger’ but I think of him more as one of those thinkers who loves to discuss the game in an intellectual way. Very much in the immediacy of now he’s much liked, thought of as someone who’s done well with limited resources, and is one of the ‘gooduns.’

Mora y Araujo did flag that the lack of resources around Peruvian football may mean this is their last chance to qualify for some time, particularly considering Gareca’s current squad shapes as a touch top-heavy with those on the wrong side of thirty.

‘Gareca has spoken quite a lot about the lack of youth development to bring new players through, so I don’t get the sense that there’s a great new generation coming through. They’re relying on guys who are terrific, but bordering thirty.

‘If they make it to this World Cup they might then have that boost to look at future generations and develop kids. Football is based upon generation after generation of nurturing child and adolescent development, and having not just academies and good teachers, but set-ups, good competition, structure, and formal divisions.

‘Uruguay, Brazil and Argentina have had that historically, while the other countries in Latin America not so much. I think Peru will truly thrive if they could have a serious look at infrastructure [around the game].’