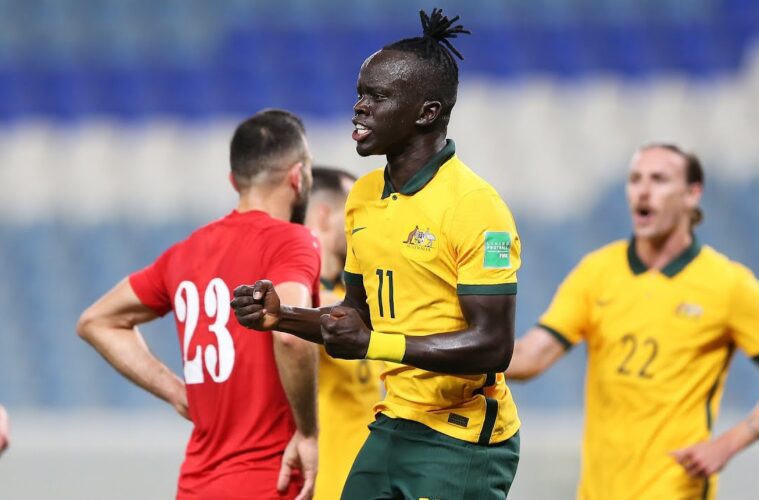 Graham Arnold has plenty to ponder ahead of the most critical, and possibly final, assignments of his tenure as Socceroos manager, as his side prepare to walk the tightrope past the UAE and Peru to claim one of the final places at this year’s World Cup.

Arnold has presided over an arduous qualification campaign that has fluctuated wildly since it kicked off in September 2019, setting a FIFA record for consecutive wins in the front half before almost derailing completely, counting themselves lucky to finish third in the AFC’s third round of qualifiers.

All of this has come amid the most challenging period of global player movement and availability in history, and as a result the starting XI has been forced into a constant state of flux. That’s how it remains ahead of the UAE playoff on Wednesday morning (4:00am AEST) with competition for places in almost every position on the pitch bar the goalkeeper.

‘It’s been a really tough campaign that’s dragged out over a much longer period than it should have because of Covid. We’ve had all sorts of problems in getting any sort of consistency or momentum… but they’ve had plenty of experience in building resilience over the last eighteen months’, 60-cap Socceroo John Kosmina told Box2Box.

‘Arnie’s now got them in a stable environment for a good period of time before the UAE game. I think the big thing going against the UAE is the pressure on them; they’ve had that before and haven’t done well with it. I think these two weeks together beforehand will work in the Aussie’s favour.’

Key among Arnold’s priorities ahead of the UAE match will be settling on a replacement for Tom Rogic, absent again due to personal reasons. Riley McGree was handed a start ahead of Ajdin Hrustic in the 2-1 warmup win over Jordan, and Kosmina feels he did enough to retain the shirt.

‘I’m a big fan of both McGree and Hrustic, but knowing Arnie one of them will miss out because he won’t play with two Tens, he wants a Six and an Eight or two Sixes. Riley missed out on the Japan game with Covid and if he’d been in that squad he would have made a difference that night as he’s a very direct, physical sort of player.

‘Tommy Rogic is hot and cold, in and out of a game…whereas with McGree and Hrustic you’ve got players who play across the whole 90 minutes, and that’s what we’ll need in circumstances like this. I’d look at McGree as he’s direct, gets himself in the box often and is a goalscorer. Hrustic plays a bit more outside the box, but it’s going to come down to how Arnie sees things in camp.’

Further forward, Kosmina nominated Adam Taggart to return to the No.9 position he held during the second phase of AFC qualifying before injury struck. Taggart might just have timed his run perfectly, scoring twice in his last four starts for Cerezo Osaka.

His selection would come at the expense of Jamie Maclaren, the three-time A-League golden boot winner who’s never quite drilled down a starting position in Taggart’s absence. Despite his prolific goalscoring record in Australia, question marks around the lack of strings to his bow remain.

‘Jamie’s an off the shoulder sort of player, and Western United made it difficult for him in the Grand Final last weekend. Taggart’s been playing games, playing well, and gives a better physical alternative with a bit more mobility, which is what you’d need in a game like this. He’s also a striker who can lead the line and hold the ball up as well.’

Much also hinges on the fitness of mainstay Mat Leckie, who’s reportedly battled a groin injury since Melbourne City’s spell in Thailand for the Asian Champions League. Craig Goodwin has had to be patient across his Socceroos career, living on sporadic minutes off the bench, but he put himself in the shop window with an assist from a dead ball against Jordan.

‘Goodwin, I love him as a player. I think he’s got a hell of a lot to offer. He’s clever on the left side and he’s a natural left. Leckie can come inside and he’s a power athlete, he’s got pace to burn, so if he’s fit i think Arnie would probably opt for him in terms of experience.

‘Goodwin doesn’t have the experience at this level that Leckie does, so I think Arnie would look at Leckie as a big game player, which is certainly what this is.’