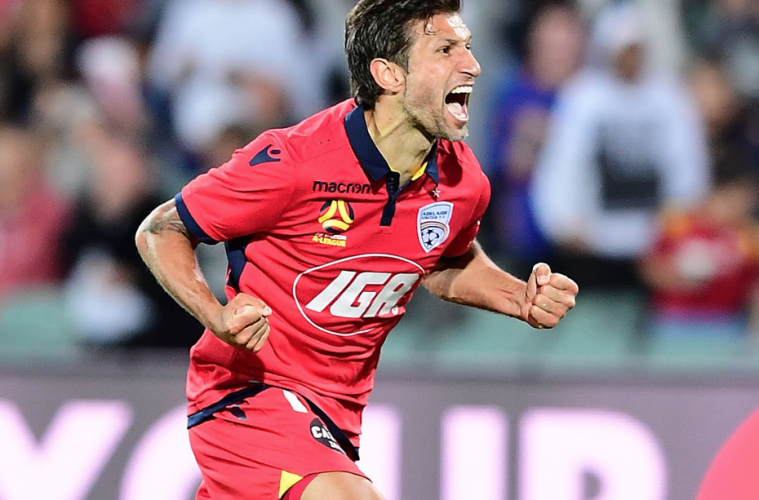 Adelaide United’s assault on the 2019 A-League finals begins on Sunday, when they host Melbourne City in a do-or-die elimination final.

The Reds will fancy their chances against the enigmatic City, with manager Marco Kurz having built a reputation on wily planning for one-off matches.

United midfielder Vince Lia this week joined Box2Box and explained news of Kurz’s departure at season’s end has galvanised the group, and that they’re keen to see him off with fond memories.

“Since the news broke of the coach not staying on, Marco’s been the driving force behind staying focused and going out on a good note, hopefully winning some silverware”, he said.

“The moods really good with a home final on Sunday, we’re looking forward to it. Hopefully we can progress”.

Lia named the fit-again Papa Baba Diawara, injured for most of the past two seasons, as a man who can greatly impact the finals series.

“When he went down earlier this year everyone kind of assumed, and we were resigned to the fact he’d be out the whole season”.

“That’s not the case, he’s fit now, he’s like a new signing for us. Baba is a goal scorer, really strong and holds the ball up well, it’s good to have him back on the pitch”.

With over 200 A-League appearances Lia is a stalwart of the competition, having seen it through highs and lows across 15 seasons. He was candid when asked about the current state of the game.

“I think it’s stalled a little bit. The active support around clubs has dwindled a lot, some runs ins with FFA… has seen the numbers drop off”.

“As players… we know the atmosphere isn’t as good (as previously). I think the addition of the new teams will add some excitement to the league”.

“The state of the game is not in the position everyone wants it to be, but hopefully that improves I the next few years”.