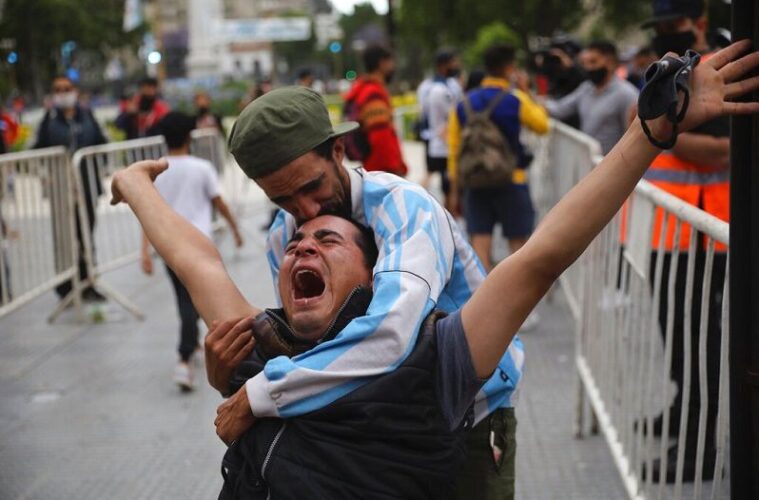 Diego Maradona’s death sparked an outpouring of grief right around the world, with his home country of Argentina having undergone three days of mourning to honour his passing.

“The fact one man could provoke such an absolute outpouring of genuine, legitimate grief and bewilderment across an entire country of 47-48million people was truly remarkable to witness”, he said.

While some ugly scenes erupted as mourners clashed with police, Hackett explained the vast majority of tributes were conducted respectfully.

“At 10 o’clock last Thursday night everybody in my neighbourhood, across the city and I suspect the country went out onto their balconies and cheered, chanted and applauded.”

“It was supposed to go for ten minutes at 10pm in honour of number ten, but it went on for much longer than that.”

Hackett explained the level of adulation Argentinian’s felt towards a man dubbed El Pibe de Oro (Golden Boy) was something that had taken him aback.

“I have to say as an Australian, it’s been quite difficult to get my head around. We have heroes in Australia, sporting heroes, from other walks of life, but I hadn’t ever realised just how much Maradona formed part of the soul of Argentina.”

One redeeming factor in the pain was that Maradona passed in his hometown, where he’d risen from the slums to the top of the football world while remaining representative of Argentina’s lower class.

“It would have been a great tragedy if he’d passed while living overseas. It would have compounded a lot of the bewilderment, confusion and heartbreak.”

“A lot of Argentines who I’ve spoken to thought it very appropriate one of their favourite sons passed in the environs of Buenos Aires.”