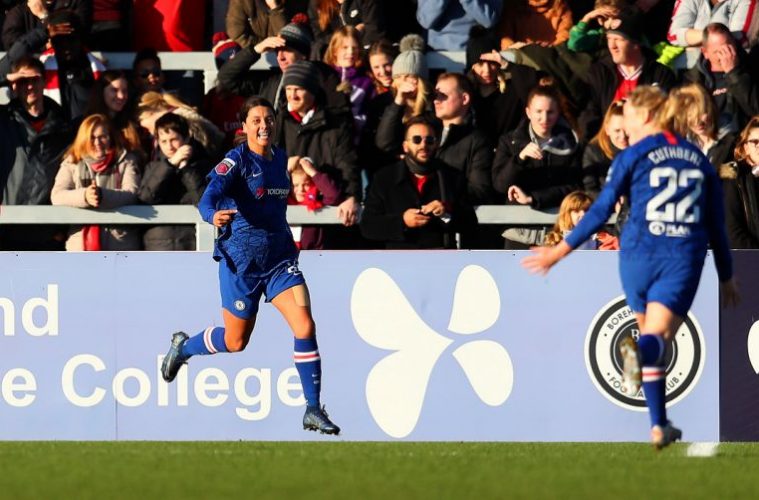 Sam Kerr’s seamless transition into the English Women’s Super League just one part of an increasing trend of Australia’s finest footballers heading to Europe to ply their trade.

With Hayley Raso, Caitlin Foord and Chloe Logarzo also joining various clubs across the competition, there has undeniably been a significant shift in the landscape.

And while there’s concern over what this talent drain on the W-League may mean for it’s future, Samantha Lewis of The Guardian has told Box2Box it’s something that should be embraced.

“There seems to be quite a bit of anxiety about what this shift in domestic women’s football means for the purpose and future of the W-League, but I think it’s really exciting”, she said.

“We’re in a really exciting transitional moment where popularity of the international teams… is filtering down to domestic football, which is exactly what’s needed because that’s where players play the most”.

Lewis believes European competitions may be proving more attractive to players than the Australian/American league combination, which can prove tiring over numerous campaigns.

“A lot of players have been jumping across between the W-League and NWSL for a number of years, and that jump is really exhausting. They don’t get an offseason, and often enter preseasons quite late”.

“After three or four years of that, your body starts to break down. Now because they have an alternative, we’re seeing them take up that opportunity”.

“The fact we’re starting to see this shift now is something to celebrate because it’s something we see in the men’s game, particularly in Australia”.

“And it’s only going to be good for the Matildas”.