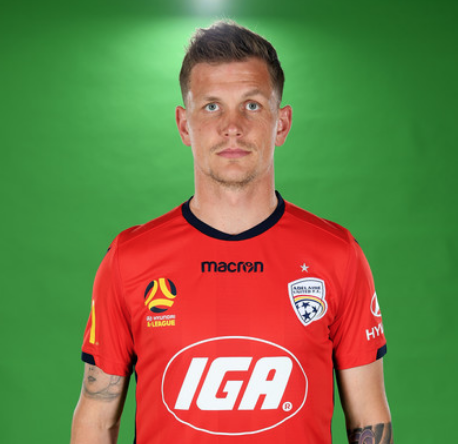 With the A-League’s top six locked in so early this season, Adelaide and Melbourne City have found themselves between fourth and sixth on the table for much of the year.

Saturday night’s clash between the two shapes as a classic six-point affair, with a home final awaiting whoever finishes in fourth place.

One man who will know a lot about each camp is Michael Jakobsen, the Danish defender having captained City before heading west to Adelaide in the off-season.

“I had two years (with City) where I really enjoyed it. In the end I didn’t get an offer to stay. I got an offer at Adelaide, and so far I’ve been very happy with the decision”, he told Box2Box.

Having spent 2 ½ seasons in the A-League, Jakobsen highlighted junior development as an area Australia can improve.

Having come through the Danish academy system and playing at Aalborg and FC Copenhagen, he believes Australia need to get games into juniors at a young age.

“I went to the best academy in Denmark when I was 14, a lot of kids had been there since they were eight, in a very professional environment. I don’t see the same happening here.”

“The (Australian) youngsters coming through are very talented, a lot of them. But the schooling in how to do things properly, they’re lacking that a bit. I think that’s the next step in Australian football”.

“It’s important they get experience and play a lot when they’re young. It’s hard when you’re in the bench until you’re 24… You need to play as much as possible as early as possible”.