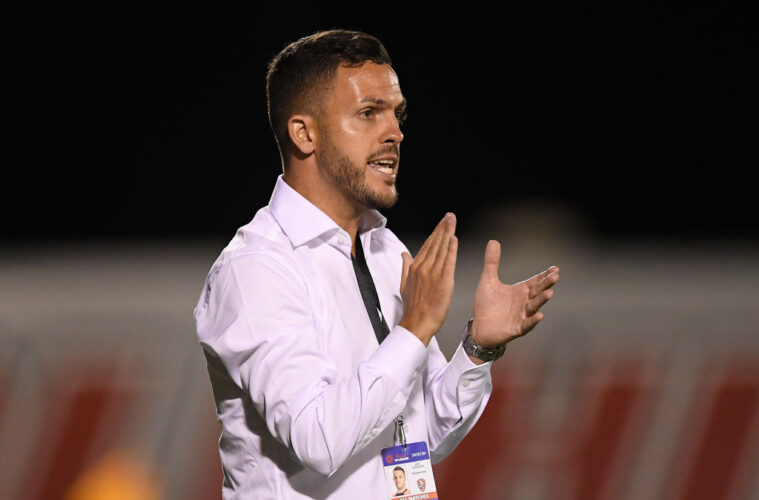 Goodship unfazed by Roar departures ahead of W-League finals

Two-time W-League Champions Brisbane Roar will enter their first Grand Final since 2014 if they can defeat Melbourne Victory in Sunday afternoon’s semi-final at Lions Stadium.

It’s an assignment the Roar should be confident of achieving, having disposed of the Victory 6-0 in their last meeting in January.

That match proved a turning point for their campaign, simultaneously snapping a run of four draws and kick-starting five consecutive wins that established them as a major competitor this season.

“I think that 6-0 was coming for us in terms of the four draws [we had] prior to that. It was one of those games where everything rubbed off for us and worked fantastically well”, Roar manager Jake Goodship told Box2Box.

“I think since then, Victory have only conceded three goals. They’ve had seven clean sheets so they’re going to be a tough outfit. I don’t expect anything different from a Jeff Hopkins team.”

Much has been made of the key absences Goodship will have to cover, following the departures of Emily Gielnik and Clare Polkinghorne to Sweden after last Sunday’s final regular season match.

“They’re massive losses for us but in terms of their careers and what they need to do, they need to go overseas to pursue their Matildas dream of making the Olympics.”

“We have full trust and confidence in the players that will step up on Sunday. Winnie Heatley, she’s been playing as a full back for us, she’s got a big, big future ahead of her.”

“And [also] you’ve got Leticia McKenna… we brought her in from Perth Glory, she’s only 19 as well. She’s an attacking player with nice link up play; I think those two coming in will provide good depth.”

While he’ll have to shuffle the magnets to compensate for the departing Matildas duo Goodship himself has no intentions of following them through the exit door, having recently turned down NPL offers in Brisbane and Melbourne.

“I’m very grateful to be in the position I am at the club. I’m lucky to have a full time salary from the club and their backing to push the program to the next level and help support young players, and attract Matildas we’ve been known to have back to the club as well.”