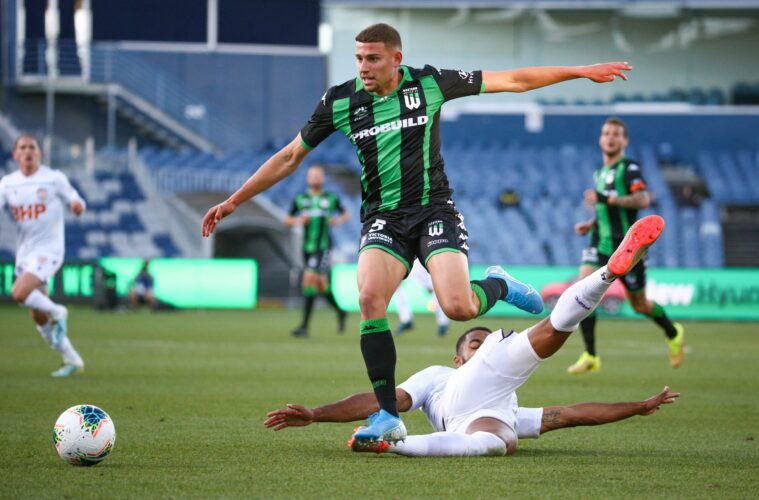 Pierias desperate to crack maiden win against old side

Western United will tonight play their first match since December 28 when they meet Melbourne City, a club they lost to on all four occasions in their debut campaign.

The final loss of the quartet proved most galling for United, having dominated last year’s semi-final only to grow weary at the death as a result of the condensed finals series.

As a man who spent his academy days and made his A-League debut for City, United winger Dylan Pierias is hungrier than most to see the ledger turn for his new side.

“Obviously for me it’s my old team and I’d like to win, but also for the club, we haven’t had a win over against them so this game’s going to be a bit fiery I reckon”, he told Box2Box.

“We’ve got a chip on our shoulder to beat them. They’re rivals as well, and to no rival team do you want to be losing every time.”

Tonight’s Aami Park meeting is expected to see a debut for versatile Spanish attacker Iker Guarrotxena, who after training with United for some time had his signing finalised this week.

“He’s a typical Spanish player with very neat and tidy feet, he’s attacking and has a great shot on him. He’s going to bring that extra quality to the team like Diamante does.”

“He was a great pickup for us and he’s also a great guy as well, so our fans and A-League fans in Australia should be looking forward to watching him.”

The move west proved fruitful for Pierias last season, establishing himself as one of Mark Rudan’s first options off the bench across 21 appearances for a club that represents his region.

“Being from the west and growing up here my whole life, when I heard Western United was coming it was so good to me, I jumped on board. The west is a growing area full of hard working people, our club is trying to show we want everyone to be part of us.”