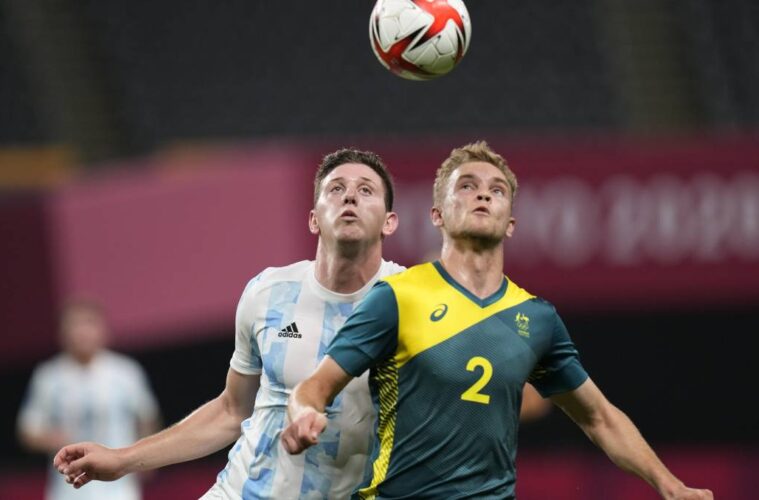 The Olyroos shocked the world and placed themselves in the box seat to progress from their Olympic group with a 2-0 win over Argentina, and will follow up with a stern test against Spain in Sapporo on Sunday night.

Spain played a lacklustre goalless draw with Egypt in their opening clash but with the likes of Pedri, Dani Olmo and Marco Asensio in their ranks, they still present as a massive challenge.

But if the Olyroos can retan the unabashed belief with which they attacked Argentina from the very first minute, when Daniel Arzani drove to the teeth of goal, there’s no reason they can’t secure at least a point.

“It was a wonderful result first and foremost, but the performance was excellent as well. The boys were excellent from the very beginning with how positive we were”, former Socceroo Scott McDonald told Box2Box following the Argentina match.

“I think they’ll grow in belief from this. Tactically they were excellent, and when you’re in tournaments like this it’s always so important to get off to a good start.”

“Arnie will make sure their feet are well and truly on the ground. It’s very important they get recovery into them, it looked really hot out there, so they’ll be focusing on that and getting ready for the next fixture and try to get maximum points again.”

McDonald was full of praise for Graham Arnold, who was in charge of the Olyroos last appearance at the Olympics in 2008. While some raised eyebrows at the selection of Mitch Duke as the sole overage player, McDonald thought it important not to discount the amount of experience Arnold himself brings to the side.

“A lot of people questioned him not taking more senior payers to this tournament…but it seems to have worked in terms of the balance of the squad and the camaraderie that they do have.”

“He’s got a real knack; he’s a very endearing character, Arnie. He’s been in and out of national team set-ups now for 20-25 years, so he knows the international scene very well.”

“He has a real way of galvanising a group and allowing them to enjoy themselves when they’re in these environments and I think that’s hugely important as well, that’s it’s not always to tense and intense.”

McDonald also reserved special praise for Nathaniel Atkinson, the Melbourne City wide man who returned from a serious hamstring injury late in the A-League season to win best on ground in the Grand Final, and now star on the Olympic stage.

“You could praise every player that was out there but Atkinson for me, if he has another performance or two like that he won’t be hanging around Melbourne City for too long. There’ll be a lot of admirers for sure.”

“It’s not an easy thing for a young player to do that coming off a serious injury… I think he’s going to be a very bright spark and have a big future for Australia, and at club level also.”