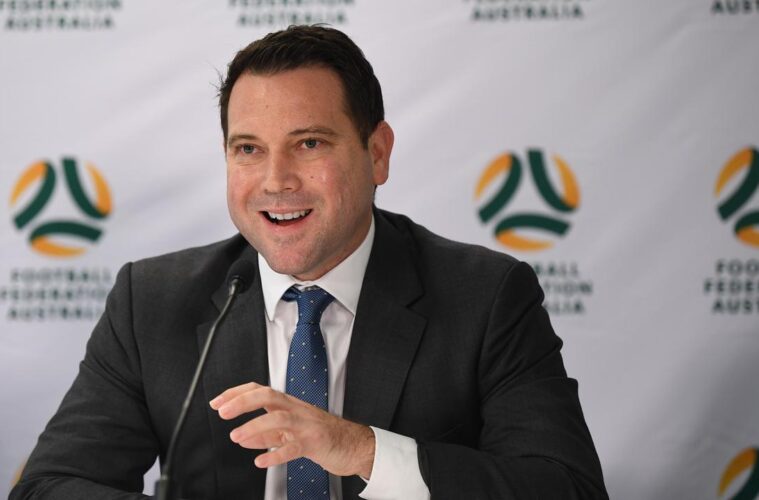 The most pressing issue facing Football Australia has thankfully eased, with the Socceroos to play in Australia for the first time since November 2019 next month when they host Oman at Bankwest Stadium.

The Matildas, too, will break a long drought when they face Brazil in a friendly later that month; their last home matches were the Olympic Games qualifiers in March 2020.

Football Australia CEO James Johnson spoke to Box2Box shortly prior to the announcement and reflected on just how difficult negotiations had been, but also the pride he felt in how players and staff had excelled during their time away.

“To bring a team together from all over the world is very complicated and when they’re in camp, it’s not business as usual. People wearing masks all the time, social distancing”, said Johnson.

“There are a lot of restrictions around what a normal High Performance environment would look like for players. It is a very tense situation, and one I think that players really rose to the occasion on.”

While the National Teams’ absences and political negotiations would have undeniably proved frustrating for those at head office, Johnson expressed how their recent exploits reinforced just how important they are to the country.

“They provide excitement and enjoyment at a challenging time. You just need to look at the Olympics, we saw our broadcast numbers explode. There was a 10 million cumulative audience that watched both the Matildas and the Olyroos, and social engagement was off the scales too.

“The other point is the national teams, Matildas, Socceroos and Olyroos, they’re really what we call unifiers. They bring people together, the country together at a time when the country is split on issues.

“We’re seeing states have different views on how they plan to manage Covid… we get an opportunity to really remember what being Australian is about and feels like.”

Johnson also feels the momentum around the women’s game has a lot longer to run; while the Federation assigned equal pay to the men’s and women’s programmes in 2019 there is plenty of scope for further investment around the game as a whole, outside on lining player pockets.

“The women’s game in general, and this cuts across all sports, has really been underfunded in the past… There’s really been a strong focus over the past eighteen months to find a balance, investment in both our [female] pathways and high performance programmes.

“If we look at our next budget in Financial Year 2022 we’re looking at more than 50% of our budget going into National Teams programmes, and a significant portion of that will go into the women’s game.

“I think what you’re seeing with that investment is certainly improvement. There was improvement on the pitch at the Olympics, and were also starting to see a return on investment.”

Elsewhere, the return of the Socceroos and Matildas to competition over the past two months has coincided with the appointment of Paddy Steinfort as Football Australia Performance Director.

“Coming into the role January 2020 this was one of the big appointments for me [to make]. Obviously Covid hit and the National Team programme was put on ice, so we didn’t start the [selection] process until early 2021.”

“Paddy’s role is about putting in place clear processes around appointments of coaches and key high-performance staff, lifting standards that we want our National Team players and staff to live by, in camp and out of camp.”

“He fits that bill and we’re very happy and excited by his appointment.”