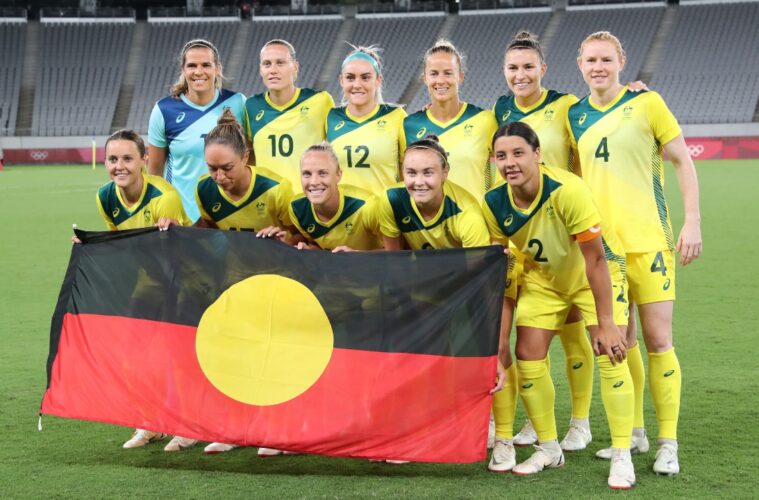 The Matildas banked three vital points from Wednesday’s Olympic opener against New Zealand in Tokyo, and simultaneously snapped their five-game winless run heading into tonight’s meeting with Sweden in Saitama.

But the significance of the win will be very quickly placed into perspective by the fifth-ranked Swedes, who flipped Group G on it’s head with their extraordinary 3-0 win over the all-conquering USA.

“They’re nothing like the Sweden we had a nil-all draw with a couple of weeks ago, they’re looking very, dangerous. Frankly had we not beaten New Zealand we would have stood no chance in this group with Sweden and an angry USA to come”, The ABC’s Stephanie Brantz told Box2Box.

“The Matildas strung 70-80 minutes of decent football together, but you do have to remember who the opposition was and I think Tom Sermanni of any coach would have known how to line up the Football Ferns against the Australians.”

“He did a pretty good job with a side that had played 90 mins of competitive football in 198 days, so I don’t think we should underestimate how underdone our opposition were.”

Matildas boss Tony Gustavsson rolled out an aggressive 5-2-3 formation against New Zealand, characterised by intent from those in wide areas to overlap whenever possible. Brantz expects they’ll need to show Sweden a little more respect.

“Against New Zealand we could do that, but I think we’ll get punished playing three at the back [against] teams that are tougher in attack, more clinical up front.”

“We saw finally what the pace of Catley on the left and Carpenter on the right can do to punish teams on the counter. The problem is leaving us exposed at the back, and as much as I love Clare Polkinghorn, I don’t think leaving her on her own to play sweeper is going to effective.”

Gustavssen may also be considering whether to play Teagan Micah in goal, after a couple of nervy moments from stalwart ‘keeper Lydia Williams flirted with disaster.

“I wonder whether there’s now a bit of pressure on ‘Lyds’ after a couple of errors. Australia were in all sorts when New Zealand scored that goal and perhaps if it had gone another ten minutes, we might have been in real trouble.”

“The one thing I’m really concerned about is that I hope the conceded goal against New Zealand isn’t what comes back to bite us.”