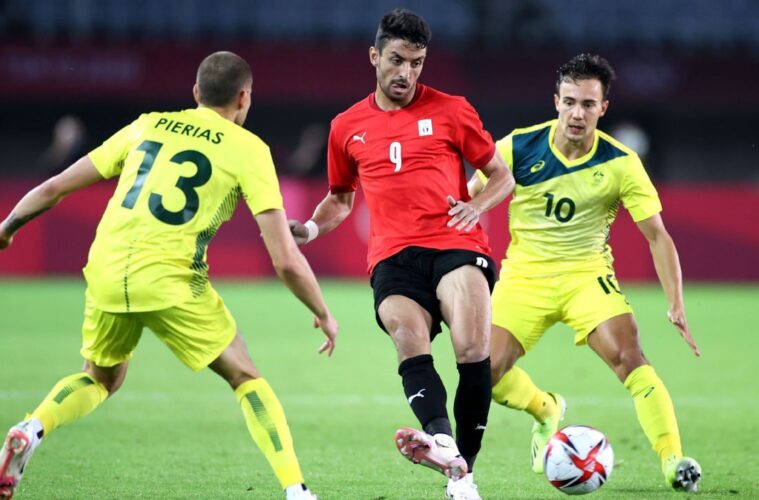 The Olyroos early exit from Tokyo has felt a major disappointment to many, having frittered away two matches in which only a point was required to add to the three earned in a stirring first up victory against Argentina.

Nobody could deny they defended stoically in their 1-0 loss to Spain, undone at the death by the quality of seasoned La Liga players in an underage tournament.

But the performance against Egypt revealed a side in a quandary, trying to blend the approach of the first two games either side of the half that ultimately led to a here-nor-there performance.

John Kosmina was less convinced by the opening win over Argentina, and felt the 2-0 score line led the masses astray in their belief of what the side could achieve.

“Because we got a result against Argentina everyone suddenly jumps on the victory bandwagon and thinks we’re going to get a gold medal, which is completely unrealistic, because Argentina even with ten men controlled long periods of that game”, Kosmina told Box2Box.

“So all of a sudden expectations skyrocket. It’s typically how things work in this country; we get pumped up about one result. We’ve got to look at the real picture, it was just one result and that was it.”

Public expectations where whipped up at every opportunity by manager Graham Arnold, who’s slogan-driven dialogue mirrors that of a federal politician. In the end Kosmina thought Arnold’s ‘shock the world’ mantra read more like ‘revert to type.’

“You’ve got to look at Arnie as a coach, he builds his teams on defending. He did it with Sydney FC and Central Coast Mariners and did it very successfully. So far with the Socceroos, they’ve been successful to get to the next stage of qualifying, and he’s done it that way.”

“So you wouldn’t have expected too much [else against Egypt]. Maybe after the switch to the back-five in the second half against Spain when he got some joy out of it, maybe he thought defending would work.”

Kosmina also noted difficulty retaining the ball stymied any hope of matching it in the first half with Egypt, especially without Nathaniel Atkinson and Mitch Duke, two of the more competent players in the side in doing so.

With both suspended for collecting yellow cards in the first two matches, their replacements Thomas Deng and Nick D’Agostino were unable to replicate either Atkinson’s attacking drive or Duke’s work rate in the front third.

“What it came down to was we struggled to keep the ball, especially in the front half of the pitch. It looked a bit better in the second half, the boys became a little bit more adventurous, but it was symptomatic of our whole performance.”

“If you look objectively at the first two games we were ok, we defend well and win the ball back. But the amount of times we gave it straight back within two or three passes… it just creates pressure and we were doing that against Egypt.”

Kosmina is also yet to be convinced of Daniel Arzani’s long-term national team future, despite his best game in national colours since the 2018 World Cup coming against Egypt.

“He frustrates the hell out of me. He looks to me like a kid that grew up learning tricks and not the basics.”

“His dead balls left a lot to be desired, his shooting, he doesn’t strike a ball cleanly. For me Arzani in his present incarnation is an impact player off the bench.”