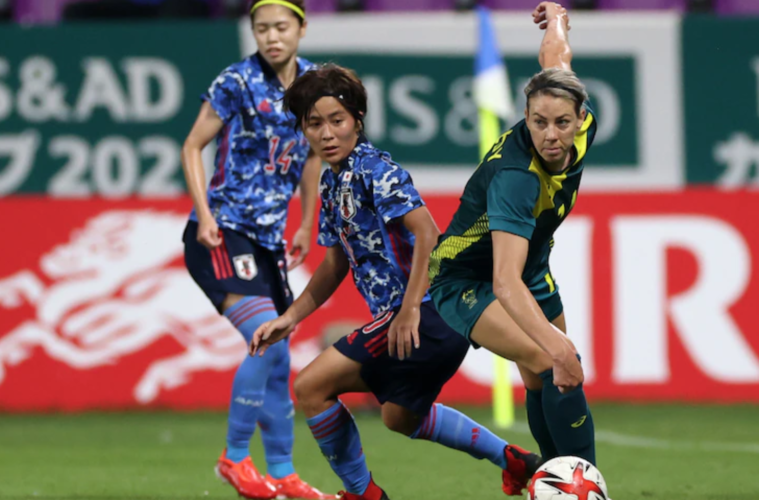 The Matildas and Olyroos have reached the Olympics simultaneously for the first time since 2008, but a stuttering start to life under Tony Gustavsson for the Matildas and brutal draw for Graham Arnold’s side has success feeling unlikely.

A medal is not beyond the seasoned, mature Matildas, but five winless matches under Gustavsson has taken the air out of lofty expectations, with Daniel Garb concerned the rhetoric has moved past the upcoming assignment.

“They don’t seem fully confident in their balance between defence and attack, formations are changing, players are switching positions. It’s a shame because the squad’s settled, it’s been together for a long period of time… maybe the coaching changes have taken their toll.”

“Now they’re talking about looking ahead to the home World Cup, but the Olympics is enormous. They’ve got two cracks at doing something with this group, and at the moment it feels as if it’s going to be all eggs in the basket of the home World Cup.”

“The Olympics might come and go without much being achieved, so at the moment it’s a little bit disheartening.”

Wednesday night’s opening clash against New Zealand in Tokyo looms as their best chance of a group stage win, with Sweden (Ranking 5th by FIFA) and the USA (1st) to follow.

While it’s a blessing to have one of the world’s finest in Sam Kerr leading the line, Garb feels they’re treading close to the over-reliance paradox teams can face when one player is so clearly the dominant force.

“I think it’s a bit harsh we’re putting all this pressure on Kerr, it’s understandable but there are other good players who haven’t performed enough. Caitlin Foord, Hayley Raso, Emily Gielnik, I’d like to see these players take a bit of pressure off Sam.”

“It’s time for some of them to contribute some more big goals in big moments and for mine Gielnik should start. She’s seen as an impact player, I’d like to see her make an impact from the off. That can help free up some more space and take some pressure off Kerr.”

If the Matildas can recapture their form history shows they can match it with the best and with just 12 teams in it, anything is possible. That optimism is harder to assign to the Olyroos. In his quieter moments, even Arnold might admit his ‘Group of Dreams’ commentary doesn’t align with reality.

Their tournament may be over by the time their most winnable game against Egypt rolls around on July 28, with fixtures against powerhouses Argentina and Spain at the Sapporo Dome first on the agenda.

“Let’s be honest, it’s a bit of a horror group for Australia, especially Argentina and Spain. Egypt may be a little easier now Mohamed Salah won’t be going, which was the initial fear, but they still have a very talented group of players.”

“You only had to watch the Euros and see the likes of Dani Olmo and Pedri running around for Spain, then look at their Olympic squad and go ‘oh boy, this is going to be really tough!’

“As good a group as we might have, as much of an achievement as it was for them to qualify for the Olympics, they’re up against it enormously.”