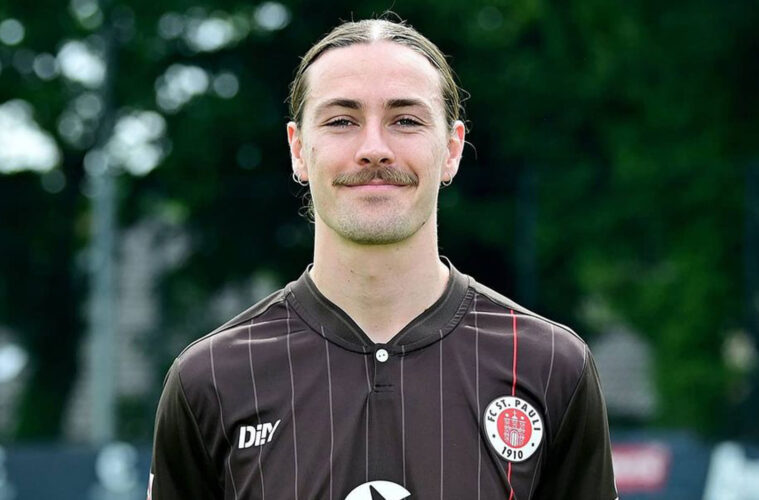 Jackson Irvine is settled at new club St Pauli and feels he’s ready to make a big impact on the pitch, while continuing to play a major role in the Socceroos road towards next year’s Qatar World Cup.

Irvine is making up for time lost at both club and international level – after a tough six months without a club in 2020 he managed to get the ball rolling again with Hibernian in the familiar climbs of Scotland. Eight months later he’s furthering himself again, on the continent for the first time in Bundesliga 2.

‘It feels like a lot of the pieces all came together perfectly for me. As soon as the name St Pauli was mentioned to me as a possibility it was something I was very, very keen to pursue’, he told Box2Box.

‘It only took a brief conversation with the people at the club to know it was going to be somewhere that would satisfy what I was looking for at this point at my career in a lot of different ways. It’s absolutely living up to every part of that so far.’

‘The city is fantastic, it’s a very alternative city, there’s so much to offer even at a time where it’s maybe not as fully open as it will become.’

A slight injury in his first week at the club set him back in pushing for a starting debut, but having tasted two appearances off the bench he may find himself in line for a start against Ingolstadt on Sunday. During his brief spells on the pith Irvine has played on the side of a midfield diamond under manager Timo Shultz, a position he feels suits him to a tee.

‘I’ve had to be patient not only because of my injury but because of the fantastic start the team has made, so I knew I wasn’t going to be chucked straight in.’

‘It’s been a bit of a stop-start start for me on the field, but I’ve [now] played two full games with the Socceroos, played half an hour off the bench on the weekend, and we’re now into the heart of the season. I’m fully fit and hoping to be contributing more and more.’

“We play a diamond formation which for me is absolutely perfect, I’ve played both times I’ve come on on the side where I can play box to box, get up and down the pitch… It’s a lot of work but when we get it right it’s very hard to play against.’

In contrast to his club form there’s been no need for patience on the international front, having played every minute in four of the Socceroos’ six matches since their resumption in June.

This current squad may not be replicating the feats of the golden generation the grew up watching at club level, but have clearly fostered a spirit and camaraderie that’s pushed them, currently, to ten consecutive wins.

‘There’s a real calmness, composure and winning mentality among the group. Obviously this is an intense period… but I can’t speak highly enough of how the boys came together, [during what’s] been a difficult start to the season for a lot of players.’

You can never satisfy everyone, and although they became just the fourth side ever to win ten consecutive World Cup qualifiers in the same campaign, the side were still criticised from some for their arduous slog with Vietnam.

Irvine expressed that the players are certainly aware of the debate and discourse around the national side, but opt to see the bigger picture when things don’t run smoothly.

‘It’s something I’ve though about a lot coming off the back of the game. As soon as you step off the pitch the only thing that matters for us is three points. This is a qualifying campaign; it’s about winning matches, getting through.’

‘Of course we want to play at our best all the time but to come off the back of ten straight wins, especially after that China display where we played in a world class, World Cup air conditioned stadium, I thought we played fantastically well.’

‘To back that up in the well-documented conditions of Hanoi, it can’t always be perfect football. I think it’s only the sign of a good team that you can win when you don’t play at your best.’