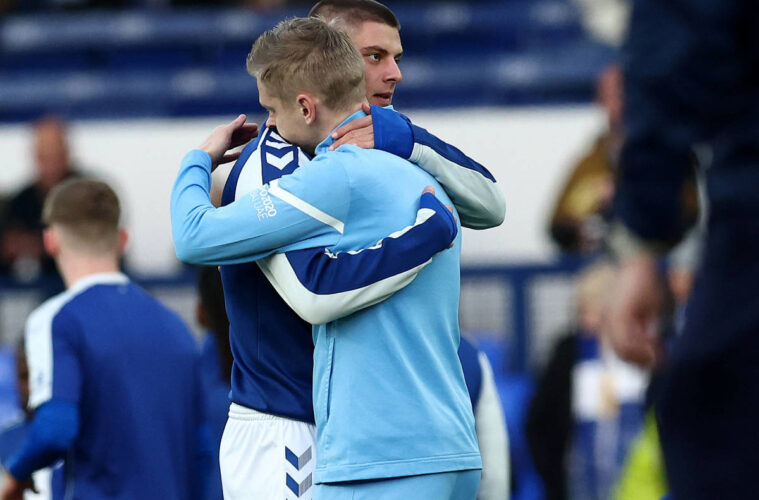 FIFA have fulfilled Ukraine’s request to have their March 24 World Cup play-off against Scotland postponed, with the UEFA Nations League window in June looking the most likely alternative.

Football is rightly considered trivial against the backdrop of the war Russia started in Ukraine a fortnight ago, and the accompanying atrocities committed against their civilians, culture and national identity.

But, as in many countries around the world, football also acts as the main conduit between Ukraine and the broader international community, providing cultural reference and touch points across generations; while President Volodymyr Zelenskyy may not have commanded global recognition a month ago, the names Shevchenko and Zinchenko are renowned far and wide.

Ukraine football expert Andrew Todos of Zorya Londonsk hopes the postponement will allow players to gather their emotions and harness the play-offs as a means of national pride before the world, in defiance of the present threat to their sovereignty.

‘I think once the match does happen, regardless of the player’s fitness and even though it might be a herculean effort, the players will take it upon themselves [to succeed]. By June, the war will probably just be normality, sadly, so I think mentally they might be a bit more prepared than they are right now’, Todos told Box2Box.

‘Emotionally, we’ve seen in the Premier League [the impact on] Oleksander Zinchenko and Vitaliy Mykolenko. We’ve not seen Andriy Yarmolenko yet but he’s apparently taking this very badly, mentally, as David Moyes has mentioned. Hopefully by June these players will be in a better mental state, and playing for pride and passion and patriotism.

‘I think we’re seeing in a lot of Ukrainian footballers that prior to this war escalating, the majority in the national team were rather apolitical. But now they’re very much some of the shining bastions in that field.’

Rousing the group for a display of nationalistic defiance is one thing, but managing the specifics of preparing a coherent, functioning team amid the present challenges is another. Sixteen of the 25 selected in Ukraine’s last squad are domestically based, and the current compromise placed on their lives, let alone careers, is significant.

‘UEFA and FIFA have discussed the possibility of players playing in the Ukraine Premier League to find temporary clubs elsewhere, until the end of the season at least. However, I don’t think that’s really applicable because of the law which bans 18-60 year olds from leaving.

‘I think you can have an exemption if you have three kids, so for example Taras Stepanenko of Shakhtar Donetsk is in Romania at the moment. Whether he’ll be able to find form is a different story.

‘The main question is will the training staff, the equipment and kits and that sort of thing, will they be able to get out of Ukraine? Because there are no flights or anything like that. All of these things have to be taken into account and it will be an uphill task, whenever it is played.’

Todos feels the sporting sanctions imposed on Russia by the IOC, FIFA and UEFA were as strong as could be hoped for, but that it was hard to countenance suggestions FIFA may be considering means to keep Russia in World Cup calculations.

‘It’s unverified, but there are murmurs that Gianni Infantino is looking at whether Russia and Poland can play their playoff match in June, too. If that was to happen, that’s only three months away, what exactly are you thinking is going to change in those three months? Even if the war ended tomorrow? Is it really unfeasible to see Russia return to world sport so quickly.’