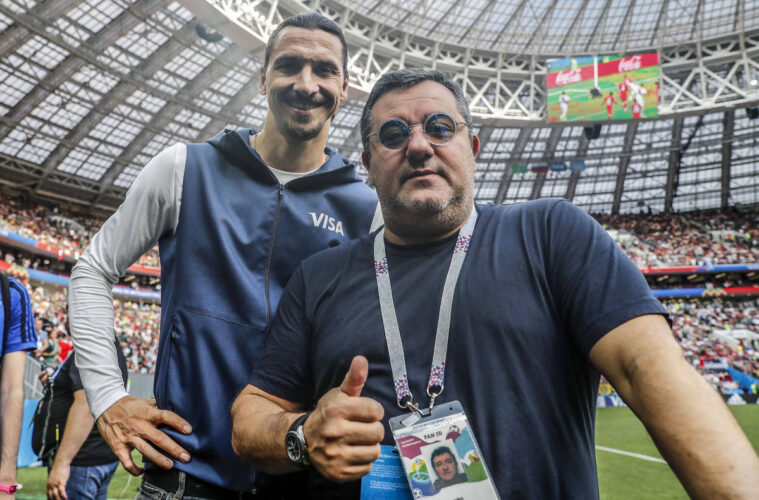 Paddy Dominguez reflects on the life and legacy of Mino Raiola

The death of football ‘super-agent’ Carmine ‘Mino’ Raiola has been felt keenly across generations of the game’s finest players, and gives cause to reflect on the legacy of one of modern football’s most influential figures.

Raiola grew up in The Netherlands of Italian descent, and in 1996 organised the move of future Ballon d’or winner Pavel Nedved to Lazio from his parent’s pizza shop. Twenty years later he’d well and truly stretched the financial limits of world football, orchestrating Paul Pogba’s 2016 return to Manchester United for £89.3million.

Across the journey he earned the trust of Zlatan Ibrahimovic, Brian Roy and Erling Haaland among many others, while also shouldering the burden of becoming the public face of one of football’s most derided stakeholder groups.

‘Mino, of the super-agents, was probably the most publicised guy. He did enjoy speaking to the media and the attention that came with it, he never shied away from it. The media always painted pictures of agents, and Mino tried to address some of those things in his own sort of style’, Republic Sports Management’s Paddy Dominguez told Box2Box.

‘Generally speaking, people only see the public side that’s presented without really realising the work that goes on behind the scenes. So he was always battling to give people a look behind the curtain, to let them see that there is a lot that goes into these deals.’

While criticism of Raiola may not have been personal, he rightly or wrongly became heavily linked with the perception of agents taking increasingly-large slices of pie when organising deals, to some extent being viewed as an unnecessary intermediary between player and club.

The Pogba deal, in particular, raised the ire of both fans and then-Manchester United boss Sir Alex Ferguson, who stated he took ‘an instant disliking’ to Raiola. It was reported that of the £89million the club stumped up for the Juventus star, as much as £20million went to Raiola for the pleasure of doing business.

‘Everybody references the Pogba deal and the kind of fees that were paid there, so that naturally gives an impression of greed. However Mino, if he was here, would tell you the money is not the point. Somebody was willing to pay Mino that money. Asking for the money is not greedy, people pay it because they’re happy to.

‘It becomes easy to blame the agents… people don’t see the role the clubs play in trying to exploit players. Mino was trying to educate people, show them that agents don’t just show up on the day. They actually negotiate the deal, and it’s not a crime to accept money for that.

‘If I was a Manchester United fan I’d want to now from my club why they were willing to pay that money, but no United fan wanted to question why they’d pay that kind of cash.

While issues of morality and greed may remain up for debate, what has become crystal clear is just how well regarded Raiola was by those he worked for. In his final weeks he reportedly remained hard at work to ensure the future of Haaland remains as successful as his start, while his long-time personal relationship with Zlatan Ibrahimovic was well documented.

‘We judge people by results, and if we are doing that in Mino’s case I struggle to think of a client he had who left him, which is unusual. Clearly what Mino said to these guys resonated with them, they signed with him and trusted him.

‘With some of those guys like Zlatan, he was with him for an awfully long time, so that tells you the guy did his job properly and did it well. In our industry, he was the top performer for a long time.’