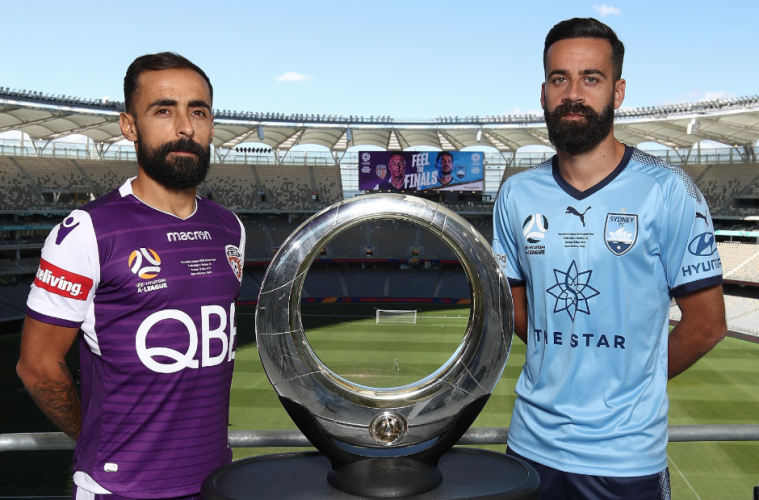 The two best sides of the A-League season will fittingly face off in Sunday’s Grand Final, with Perth Glory set to host Sydney FC at Perth Stadium.

Perth will have the chance to cap off a brilliant season with their first National League title since 2004, when they claimed the last of their NSL titles.

For Sydney, a Championship would be a fitting reward for first-year manager Steve Corica, who has quietly but assuredly taken the reigns from predecessor Graham Arnold.

“I think he’s done an excellent job. He’s had to show a lot of humility. He hasn’t come in and tried to stamp his authority on the team”, he said.

“He’s kept things simple, and sometimes that’s the hardest thing of all. He’s made little modifications here and there, but ultimately it’s the same formation and he’s kept them motivated”.

For the Glory, the chance to win a Championship in their home state, in a new 60,000 seat stadium, presents a fantastic opportunity to again summit the Australian football landscape.

As Garb explained, this had been the plan since July, when Perth hosted Chelsea in pre-season.

“I remember before the season started, speaking to (owner) Tony Sage, on Optus Stadium ahead of the game against Chelsea. He said then, ‘look, in an ideal world, we play our Semi-final at (home ground) HBF Park, and then play the grand final here. And that’s how it’s worked out”.