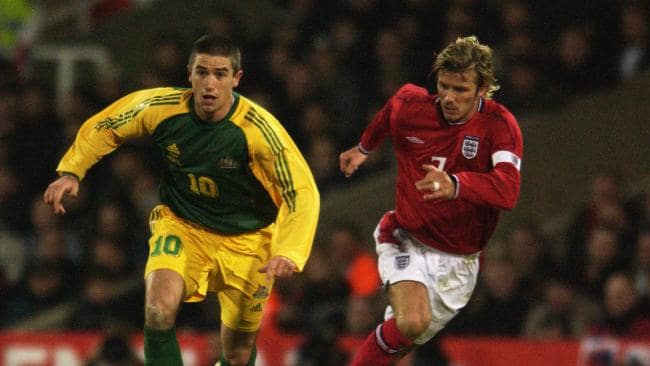 While it didn’t possess the importance of the 2005 World Cup qualifier against Uruguay or the 2015 Asian Cup final, Australia’s 2003 win over England remains fondly recalled by many Socceroos fans.

At the helm at Upton Park was Frank Farina, who had an early incarnation of what would be the ‘Golden Generation’ at his disposal as they embarrassed the old enemy on their own turf 3-1.

In the second of Box2Box’s football retrospectives, Farina joined the show for the first time and it was evident the victory still tasted sweet.

“We played extremely well that night, there’s no doubt about that. When you look back at the game we had a solid team on the park who were really up for the game”.

“Without doubt we were blessed (for talent). The team itself, when you look at it on paper, I dare anyone to suggest there’s been a better (Australian) squad than that night”.

A quirk of the match was then-England boss Sven-Goran Eriksson’s decision to change his entire side after half time, which subsequently saw FIFA cap substitutions in international friendlies at six.

While those on the pitch and the in stands gave their utmost, Farina believes the move reflected the Swede’s ignorance to the intense rivalry between the two nations.

“He was well and truly unaware until a couple of days before… He said ‘Oh, there’s so much hype around this game, it’s really only a friendly”.

“He didn’t actually quite get that with Australia and England, there’s no friendlies!”