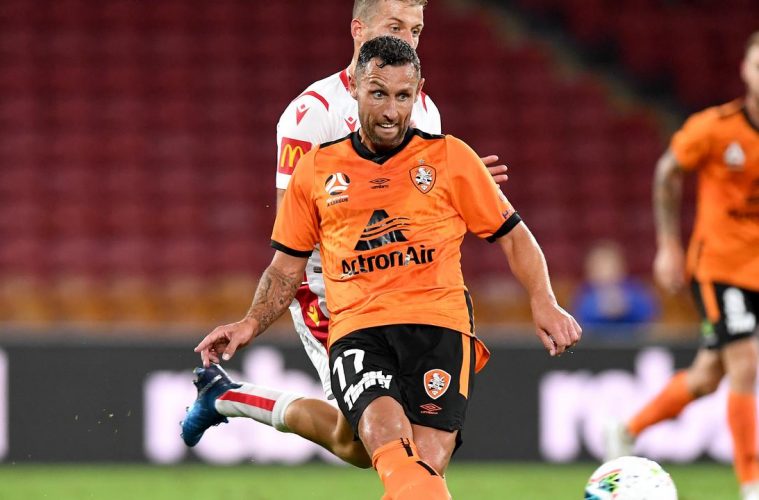 When Scott McDonald returned to Australia after an exceptional career abroad, he seemed a perfect fit to provide experience and structure to the A-League’s newest side, Western United.

So it surprised many when McDonald departed after just nine matches, but he now finds himself flying under Robbie Fowler at the resurgent Brisbane Roar.

“Opinions differ throughout your career and when it doesn’t look like you’re on the path to be playing week in, week out, you have to look elsewhere”, he told Box2Box.

“I was thankful another opportunity arose, Robbie and Brisbane Roar really wanted me at the football club. I’m delighted to finally get up here and it’s been a great 4-5 weeks since I’ve been here”.

Having spent his entire career as a striker in the United Kingdom the fit with Fowler and his assistant Tony Grant seems snug, and McDonald’s learning’s from the pair have been two-fold.

“Fowler as a manager is very confident, he gets his message across, and tactically we’ve been great”, he said.

“They know I have aspirations to coach as well, they talk to me all the time about pointers. You’re never too old to stop learning so it’s great for me in that respect”.

Having spent the majority of the year languishing the Roar suddenly appear certainties for finals action, having lost just once since the turn of the New Year.

If they can maintain that form against Melbourne City on Sunday evening, they may even find themselves hosting a final.

“We’re in the six at the moment and looking to strive up that table and cement our spot in there”.