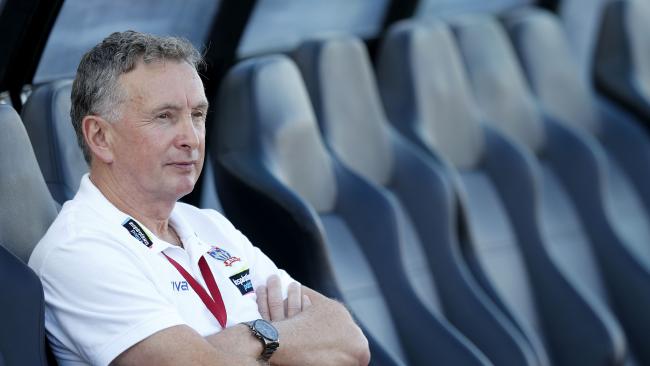 merrick looks ahead to crunch clash with city

Newcastle will be looking to stay within reach of the A-League’s top six when they host Melbourne City on Sunday, in what will be Nikolai Topor-Stanley’s 300th game at the level.

“I remember trialling Nikolai when he was 18 years old when he’d just come out of the AIS, and he was an exceptional youngster. He’s since gone on to play 300 games and he’s one of these payers that’s very robust”, said Merrick.

“He never plays below 85%, on field he’s a great leader, a fantastic player and a good person”.

Merrick also praised his City counterpart Erick Mombaerts, who has quietly overseen significant change on the pitch in his first season at the club.

“Mombaerts has certainly changed the whole culture at Melbourne City, they’re playing for each other, with a good mix of younger players, middle aged and experienced players”.

“They’re consistently (playing) some of their best stuff since they entered the league and I think Erick has done a great job at that club, they certainly will be a threat this year”.

Unfortunately for the Jets they’ll line up without striker Abdiel Arroyo, whose hamstring injury has compounded their injury crisis in the front third.

“It’s a grade two tear, the complication is it’s affected his tendon where the muscle fibres are attached. I’d say eight weeks is the worst case scenario… with the right treatment, we might be able to get him back a little bit earlier”.