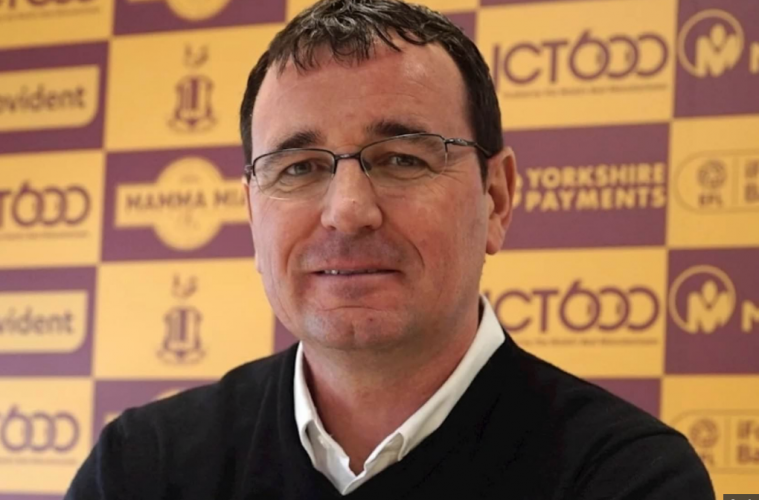 At the turn of the New Year Gary Bowyer was in Melbourne, appearing on Box2Box and pondering his next managerial move.

Two months later he’s back in the UK, saddling up for a relegation dogfight with Bradford City.

Currently 23rd in League One and six points from safety, Bowyer is well aware of the enormity of the task ahead. But that hasn’t curbed his enthusiasm.

“The previous manager resigned here at Bradford on the Monday… on the Sunday, I was speaking to the CEO”, he told Box2Box.

“Because of the pull of the club and pull of the supporters, I was in my car before the CEO had finished talking. I’m excited, I’m buzzing, it’s a fantastic football club”.

With eleven games to survive the drop, Bowyer needs to install a philosophy that will quickly translate to results. Doing this, he explained, comes from building confidence.

“We’ve outlined what we expect of the players both with and without the ball, and they’ve been very good so far in training”, he said.

“It’s about building relationships with players and staff as quickly as possible, letting them know that we care about them”.

On the pitch, don’t expect to see The Bantams playing too many long balls, with Bowyer explaining he relishes the entertainment of football.

“I always say to my teams, ‘I don’t want to be sat on that touchline watching them bash the ball back and forth”.

“The quality’s on show for all to see… but it’s all well Monday to Friday, match day is where we need to come to the fore”.