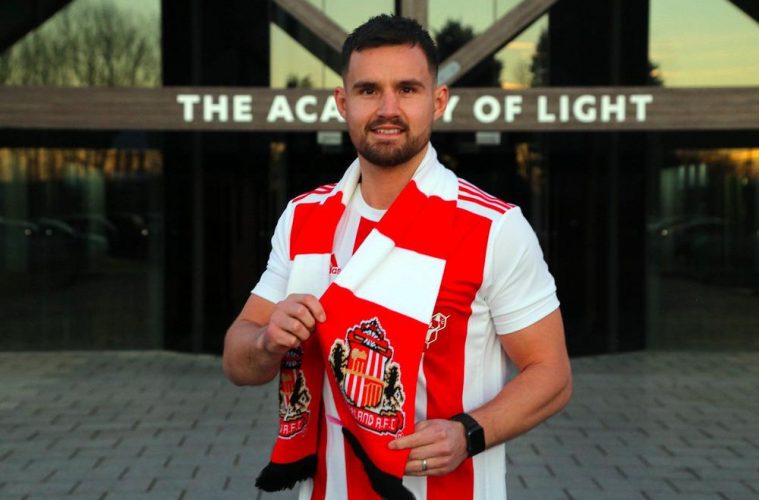 SUNDERLAND SECURED, SOCCEROOS AHEAD FOR WRIGHT

Bailey Wright has turned his short-term loan at Sunderland into a two-year deal, and is hoping to play a key role in the club’s ascent from the depths of League One.

Despite the turmoil that’s dogged the famous club in recent years, Wright couldn’t have been more enthused about their prospects going forward when he joined Box2Box.

“I had opportunity to (stay) in the Championship… but Sunderland was really a club that stood out for me. When I signed on loan (in January) I hoped there would be a possibility I could make it permanent.”

No mention of the Black Cats can pass these days without reference to Netflix’s Sunderland ‘Til I Die; a documentary that could be seen as a deterrent for some players, but something Wright feels has actually benefitted the club.

“I guess it’s added to the support base across the world just from the documentary doing so well. You get a real insight into what the club’s about and how passionate the supporters are.”

Success at club level should see Wright remain in the frame for the second coming of his Socceroos career, having reclaimed his place following a couple of years in the wilderness.

Having been in contact with the national team setup during the UK’s lockdown period, Wright revealed he’d lent on Graham Arnold for support in sorting out his club future.

“It’s the first time in my career I’ve been a free agent…you need to ask and use advice from people around you to help make a decision, so Arnie’s been brilliant like that.”

“Playing for Australia is a massive part of my ambitions and goals of where I see myself for the coming years.”