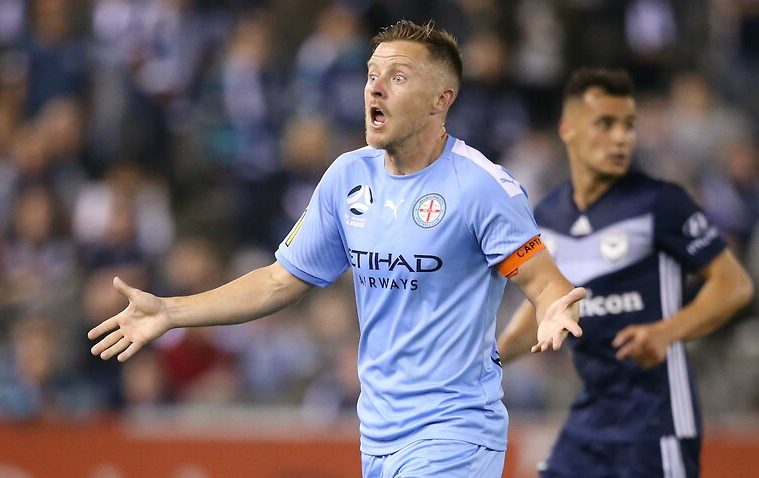 250 GAMES UP, BUT STILL PLENTY AHEAD OF SCOTT JAMIESON

When Scott Jamieson debuted in the A-League in 2008 the competition was entering just it’s fourth season, and he’s been an almost ever-present combatant across 250 games since.

Last week the Melbourne City skipper celebrated the milestone with a crucial win against Brisbane, with the finals series in which they’ll be desperate to add silverware looming on the horizon.

“I’m in the midst of (the season) so I don’t really think about it, but I received some nice comments from ex-teammates and people saying it’s down to your attitude, the way you go about it day to day”, he told Box2Box

What’s immediately in front of him is a massive clash with Perth, the side with whom City have wrestled all season for second place.

Jamieson feels this is the type of challenge City need to start getting the better of if they’re to take the next step as a club.

“I think in regards to where we sit now we’ve got a good style of football, we’re playing well, scoring goals. We’re trying to get that edge in big games… to kick on and win big things”.