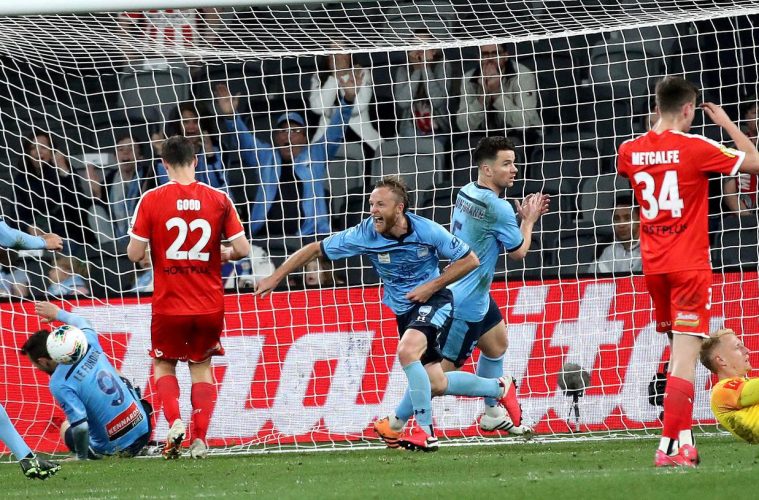 LEACH LOOKS AHEAD TO TOUGH OFF-SEASON

The most critical off-season in the League’s fifteen-year history now awaits, with players, clubs and broadcasters with plenty to negotiate before another ball can be kicked.

Broadcaster Francis Leach joined Box2Box and explained the deal between the FFA and Fox Sports, urgently re-negotiated in June but with just a season to run, is the result from which all else will stem.

“Fox is still contracted to carry the A-League for the time being but I imagine they’d be renegotiating fiercely a contract that reflects the value of the broadcast as it stands”, he said.

“(That could) even possibly be as little as half what the current annual delivery of funds is to A-League clubs. That’s disastrous for clubs in how they manage their playing staff, and resources they can put into coaching.”

In anticipation of this reduced funding clubs have begun negotiations with the PFA to slash to salary cap, from the current $3million to (reportedly) as low as $2.1million.

The perennial calls to scrap the cap and allow those with extra cash to pay it have arisen once again, a prospect Leach described as a ‘roll of the dice.’

He did, however, warn of the damage an unbalanced competition could have on a product already unloved by broadcasters.

“There’s going to be pressure for the spending to be available to those who can afford it. But that could create a very large gap between the haves and have-nots.”

“That could make the competition even less viable because it would less competitive.”

“The other danger also is some clubs might be tempted to go into debt to compete, and their viability would be challenged in the long term.”