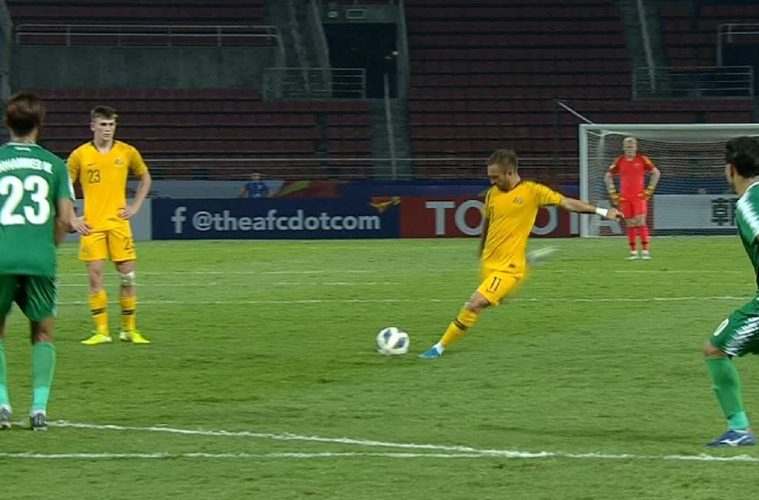 The Olyroos made a cautious start to their AFC Under 23 Championship’s campaign this week, settling for an at times nervy 1-1 draw with Iraq.

Reno Piscopo’s stunning free kick was cancelled out by Mohammad Quasem 13 minutes from time, with the Olyroos now needing a result against Thailand in a tournament that doubles as qualification for the Olympics.

Olyroos assistant coach Tony Vidmar felt despite a promising start, the side lost control once they went a goal up.

“We started brightly in the game. I thought we created a few good chances, and it’s always difficult against a team who make it difficult for the opposition to create chances”.

“To go one goal up, I think that’s where we lost a bit of control of the game and became a little bit erratic. We gave away the ball too easily, and probably gave them a bit of an edge to get back into the game”.

Saturday night’s (Sunday 12:15am AEST) clash against Thailand now shapes as a must-win for the side, which looms as a big task given the hosts have sold out Rajamangala Stadium.

That the Thai’s defeated Bahrain 5-0 in their opening fixture means they’ll also be brimming with confidence.

“Coming into the last phase of qualifying every team will be difficult in certain ways. Thailand have good attacking players, and the home crowd’s going to be up for it”.

“But I think it’s a great opportunity to go into this game, the players will be ready to get a result and I think it will be a perfect test for us”.