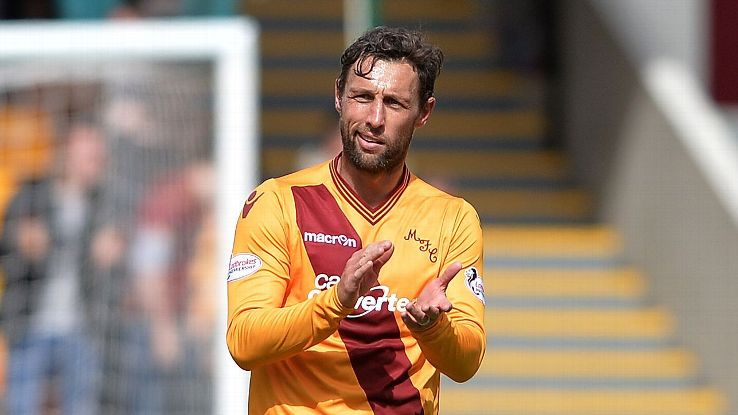 Former Socceroo Scott McDonald discusses his Scottish Premier League exit and potential A-League homecoming. Calling time on his Motherwell career last week, there are plenty of rumours swirling about an A-League return but McDonald was coy when asked about a trip home. “Well, it’s something that’s being considered by myself and my family but we’ll have to wait and see now. I’m still not ruling out staying in Europe or anywhere else, but I’m playing the waiting game at the moment and we’ll have to see what comes up.

“If I come home it’ll be a family decision but that’s not the only reason for really doing it. It’s also to come back and do it well. I really believe I’ve still got something to give and many more years to play and I don’t think people have seen the best of Scott McDonald. Hopefully it’ll be a chance to come back and show people what I’m about.” LISTEN NOW.