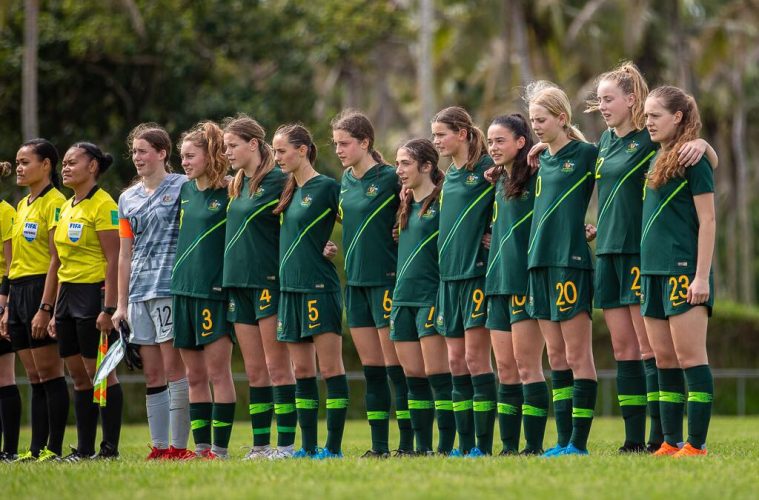 The Young Matildas have qualified for the semi-finals of the AFC Under16 Championships in Thailand.

Having negotiated a group including Japan, Thailand and Bangladesh, they can now look ahead to the pointy end of the tournament where success will see them progress to next year’s Under17 Women’s World Cup.

Head coach Rae Dower this week joined Box2Box and explained that the draw with Japan was a particularly impressive feat.

“That’s the first points Japan have dropped in this tournament since 2007. It was a really historic sort of moment”, she said.

“For the players the amount of belief they took out of that result, it’s pretty hard to measure. It laid a really great platform and gave the girls confidence and believe that they deserve to be here”.

That confidence resulted in a 6-1 win over Thailand in the second clash, with Alana Jancevski, Hana Lowry and Georgia Beaumont all scoring twice.

A 2-2 draw with Bangladesh rounded out the group phase and while the results were pleasing, Dower was just as enamoured with the development of the future generation.

“I firmly believe there’s a plethora of players that can represent Australia at the highest level. We’re working hard to host the 2023 World Cup, I’ve got no doubts some of these players will be in that squad”.

“There are real exciting times ahead, some really great young players with all the attributes. I’m really excited for the future of the women’s game in Australia”.