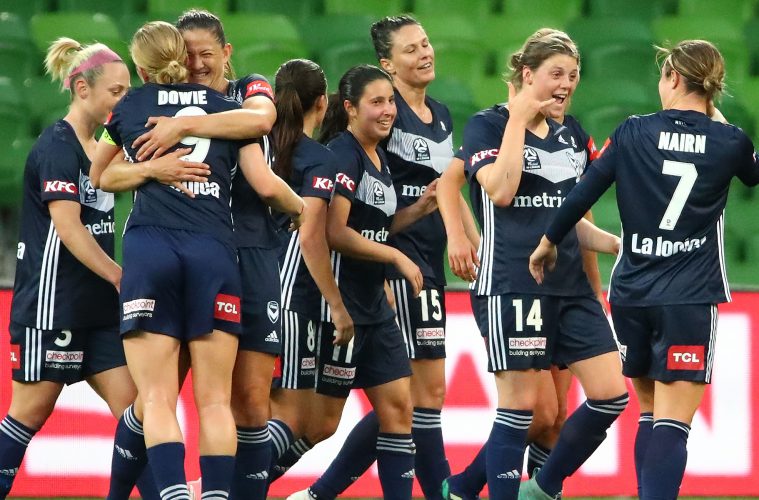 HOPKINS HOPING TO STEADY VICTORY AHEAD OF FINALS

Melbourne Victory will need to atone for last weeks derby disaster if they’re to keep their W-League on track when they face Newcastle Jets on Sunday afternoon.

A four-goal drubbing at the hands of City has them hovering just three points inside the finals with two rounds to go, with a tough clash against Sydney FC to come next week.

Manager Jeff Hopkins was happy to shoulder some of the blame when speaking to Box2Box.

“It’s important you put yourself out there and I was disappointed with my performance as well (as the players)”.

“We’re all in it together to support, not to judge and criticise, but to be honest and say that wasn’t good enough for a Melbourne Victory team. On top of that, have a look at what went wrong, and make sure we get things right”.

Having entered last year’s finals series as Premiers before bowing out at the first hurdle, Hopkins feels his side are better prepared for the brutal nature of knockout finals this campaign.

“We didn’t handle finals football that well last year. It’s something we talked about coming into this year, that finals football is different, and when we get there we’ll be better prepared for it”.

Having been involved in the W-League since it’s inception, Hopkins is better placed than most to comment on the recent trend of big stars heading abroad.

“I think it’s inevitable as they game reaches new levels of professionalism, that Europe’s going to be the place to go. There’s so many big powerful football clubs with reputations to back it up, it’s inevitable our best players will head over there”.