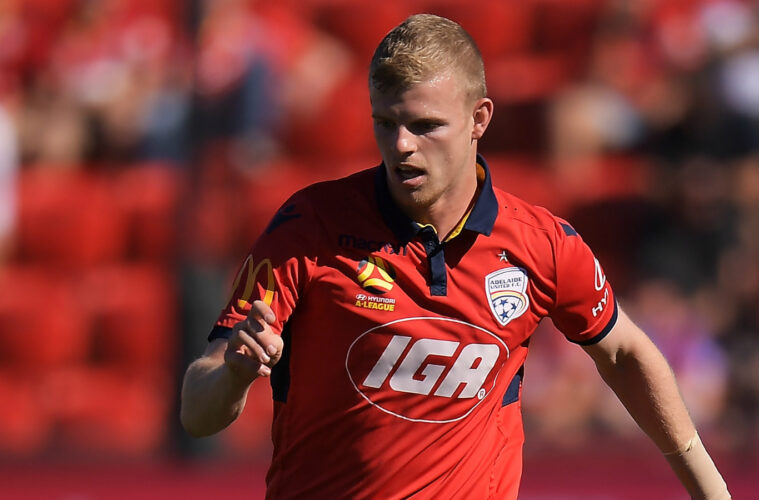 Adelaide United will be looking for their first win of the A-League campaign when they host Melbourne City at Hindmarsh on Sunday afternoon.

The Reds have continued their directive of pushing young local talent through the side, which is now managed by another of South Australia’s own, Carl Veart.

As one of the side’s experienced campaigners, Jordan Elsey believes Veart has a balanced squad that will see the side exceed broader public expectation.

“The team is definitely exciting. We have young boys that want to express themselves and aren’t afraid of making mistakes or taking risks”, Elsey told Box2Box.

“On the flipside of that we have the older boys that can help guide them and do well for us.”

One local the club failed to retain for the new campaign James Troisi, the accomplished Socceroo walking out in acrimonious fashion on the eve of the season to join Western Sydney.

“It came as a surprise to us as a playing group… obviously it’s disappointing, the timing of what happened. But when you put yourself in James’ shoes, there was stuff going on that people don’t know.”

“We’re not angry at him or anything like that, it’s football, it happens all the time. Whenever we play them I’m sure there’s a little bit of extra spice, which is good. The boys will be up for that to show who we are.”

On a personal note, Elsey is now in the final year of his current deal at a club he’s spent his entire professional career. At 26 with over 100 senior appearances, he feels the time may be nearing to explore the next step.

“I’ve always signed 2-3 year deals, so I’ve sort of fallen in to that comfort of, ‘I’ve got another year left’, but this is now my last year.”

“Whether or not I stay or go somewhere, [Adelaide] is pushing me in the right direction to be the best I can. I definitely have aspirations to play overseas, so I’m looking forward to this year and I think we have the right team and the right coach to push me in the right way.”