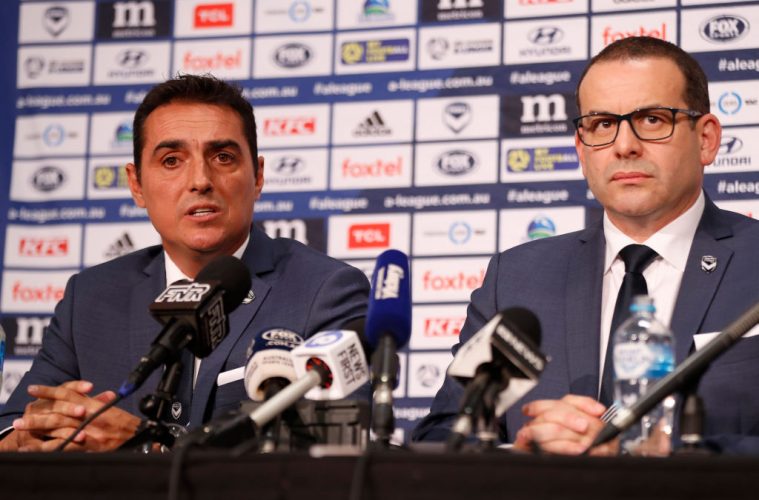 Regardless of whether the A-League can continue in a society consumed by coronavirus, Melbourne Victory’s season is as good as over as they head to Wellington today.

A humiliating 4-1 loss to Sydney last week was yet another nail in their coffin, with usually composed interim boss Carlos Salvachua making his feelings clear in the post-game presser.

The Age’s Michael Lynch joined Box2Box to conduct a post-mortem of a season that was slow to leave the station under former boss Marco Kurz, before completely de-railing post Christmas.

“There’s been a complete culture of aimlessness around the place from very early in the season. Muscy (Kevin Muscat) left huge shoes to fill… it would have been fair if they’d been planning for this season last January, and they obviously weren’t”, he said.

Despite some positive results in the Asian Champions League Salvachua appears unlikely to attain the job permanently, especially having criticised players for not following direction las week.

“He usually has a smile on his face. He tries to be polite, as upbeat as possible, but he made it pretty clear he didn’t think a lot of his team and the way they played”.

Victory’s season has been riddled by visa players failing to make an impact, which has seen fans question Football Operations boss Paul Trimboli.

But with Trimboli present during the successful Kevin Muscat era, Lynch wasn’t willing to write him off as quickly as those in the stands.

“You have to remember Trimboli’s been in that job for eight years…If you’re going to give him stick for this season, you’ve got to say he’s got some credits in the bank as well”.