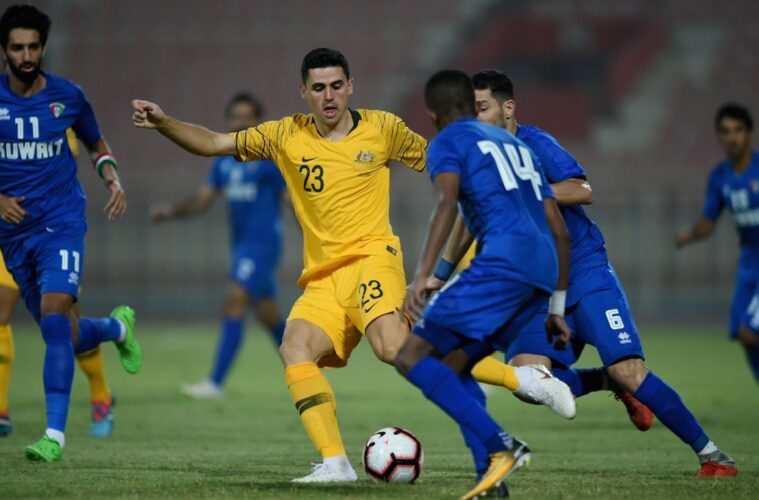 WAEL JABIR ON WHAT AWAITS SOCCEROOS IN KUWAIT

The Socceroos can expect wearing pitches, un-air conditioned stadiums and temperatures climbing towards 50° when they head to Kuwait to complete their first round of AFC qualifiers in June.

That’s according to Middle-Eastern football expert Wael Jabir, following the AFC’s decision to stage the remaining eight Group B matches in a Kuwaiti hub at the beginning of their summer.

“The heat, that’s going to be a major feature there. Even within the context of the Middle East, Kuwait is by far the hottest country in the region”, Jabir told Box2Box from Dubai.

“I was having a look at the temperature records from last year and for the same twelve days the qualifiers will take place, [there were] temperatures of 46° and more on each one of these.”

The Socceroos will play each of Jordan, Chinese Taipei, Nepal and the hosts, and the decision to assign the hub to Kuwait hasn’t been well received across the board.

Currently trailing Kuwait for the all-important second place by just goal difference, Jordan are set to launch an official complaint with the AFC, believing their regional rivals home-ground advantage will come at their cost.

“[Jordan] are definitely disappointed, they’ve described the decision as baffling in their statement… they weren’t happy with the changes made to the schedule, they believe this would negatively impact their hopes of qualification.”

“The other point which has been made is the fact that at the same time of year temperatures in Jordan are somewhere around 10-15° cooler than Kuwait, so it would have been, weather-wise, a much cooler place to play the qualifiers.”

Concerns have also emerged as to how the pitch at the Jaber Al-Ahmad stadium will hold up across eight matches in twelve days.

“The question of playing all those games in quick succession on the pitch with the temperature and the water drying, it’s not an easy situation to be in. It remains to be seen whether Kuwait will assign a second stadium as well.”

For the hosts, the qualifiers represent another step in their recovery from the FIFA ban which saw them excluded from international competition between 2015-17.

During this period they missed the 2018 World Cup qualifiers, 2019 Asian Cup and watched their FIFA ranking balloon out to 289.

“Since returning to international football they’ve climbed 41 places over three years, so they are gradually getting back to their natural places. It’s a gradual process, and these qualifiers play an important part of this.”