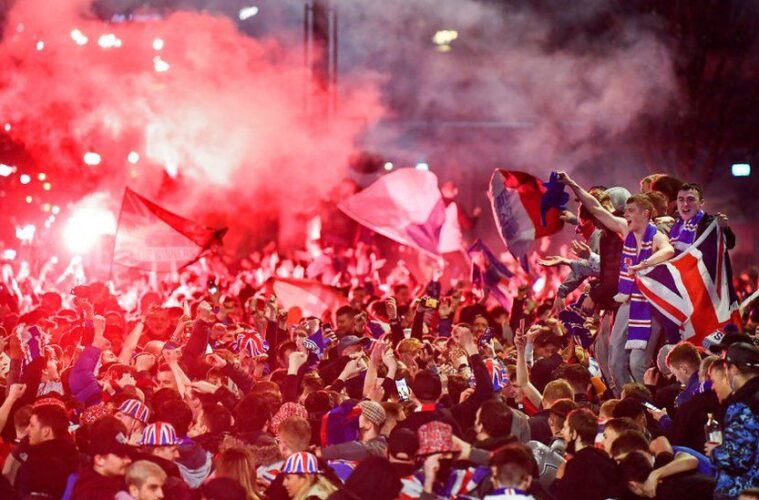 Having denied Celtic a 10th consecutive title in the process the triumph was extra sweet, something The Athletic’s Jordan Campbell feels is fitting for a fan base that has done it tougher than almost any over the past decade.

“In the years after 2012 for a good three-four years there were times when fans had legitimate concerns about whether they were going to have a club to support”, he told Box2Box.

While many will understand the general narrative surrounding the clubs trek from the bottom of the Scottish football pyramid to the top, Campbell delivered a reminder of just how grim things were at times for the club.

“Even in the fourth division it took them three months to get their first win away from home. There was a transfer ban, there was some real embarrassments in there.”

“The real low point was 2014/15 when Ally McCoist, a club legend, resigned because the team were struggling on the park and it was toxic on the park. At one point there was 11,000 fans at a game, which was the lowest in decades.”

“So the real turning point is when they managed to get Rangers fans and people who wanted the best for the club back in.”