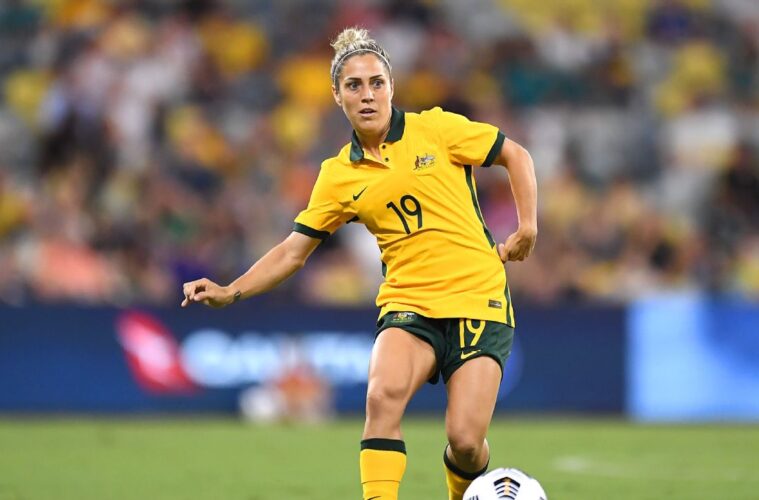 The Matildas have gone some way to consigning their Asian Cup disaster to history with a pair of friendly wins over New Zealand in Townsville and Canberra, as manager Tony Gustavsson appeared to begin the pruning of his previously large player pool.

‘New Zealand were at their best [in Townsville], I really thought they came out firing and we were underwhelming. There was a bit of a lack of respect in terms of how we were defending’, 86-cap Matilda Melissa Barbieri told Box2Box.

‘Although the goal was a cross-shot, there was a lack of respect in terms of getting out to the ball, closing them down and putting any real pressure on, it was left a bit wanting for me. And then the old saying that we can’t finish in front of goals, even with the best striker in the world, is something [we often say] and [it seemed] nothing had really changed from previous games.’

It remains a frustrating paradox that Australia’s highest international goalscorer in Sam Kerr is perhaps underutilised when it matters for the national team, and the spurning of chances in Townsville provided more fodder for a player who has her critics, despite all she’s achieved.

‘The fact Sam has so many players around her when she’s trying to score really puts her off. If we have more help around her, it attracts attention. At Chelsea she has more opportunities and less players around her to finish, because others are attracting and engaging defenders.’

‘[For Australia] she literally has two or three players to beat every time. When she plays for the Matildas she’s the captain, she has everyone calling her name, and it’s different to when she plays for Chelsea, where she’s just another number. We need to back off her here, I think.’

The highlight of the window undeniably came through the international return of Katrina Gorry, following over two-years away from the side and just eight months after the birth of her daughter, Harper.

Slotting into the Number Six role with aplomb, Gorry hasn’t let the narrative around her return stand still for long: not content simply to have made it back to international level, she could now loom as a key contributor on the biggest at next year’s World Cup.

‘Gustavsson put her in the Six role, she’s much better suited to the Ten, but obviously she’s been watching and knows we’re missing a Six and if she wanted to cement a place in the starting eleven she’d have to do that job really well, and she did.

‘It’s been such a journey for her. She’s chosen to start a family on her own as a single mum, that shows toughness in its own right, she’s not going to let anyone else impact the way she wanted to live her life and I think that’s commendable, to miss the Olympics but do something so much better and have a child.

‘For me, it’s such a proud moment. I’ve seen behind the scenes footage of the girls and the kids all in camp together; it’s chalk and cheese from when I was there and you had to fight for so many things. To see it change so much brought a little tear to my eye, it felt like we were going places. This is what it should feel like for women having children.’