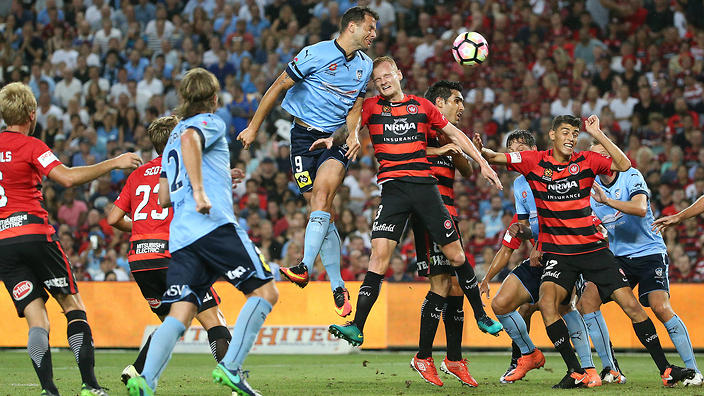 Fox Sports’ Simon Hill sounds off on the idiot fringe of Western Sydney supporters that ruin the reputation of all Wanderers fans, and the game itself. “Well, if I can quote the great Francis Lee – a hero of mine -“If there were cups for cock-ups, we’d win the lot!” And this is very apt at present. It’s such a pity. We had a great game, we had a great crowd and there were enough headlines to be made about Wanderers win without this nonsense. Unfortunately the slow  and rather slack response, from all concerned, has led this to dribble on for days now.” Pressed on his thoughts around how the situation should have been handled, Hill said “for me, the Wanderers should have come out within 24 hours and A) apologised to Arnie and B) offered the olive branch to Sydney FC  because the last thing we need around this fixture – which already has a lot of tension around it – is for this to be so tense and worrisome that we’re concerned that people could get badly hurt.” LISTEN NOW.