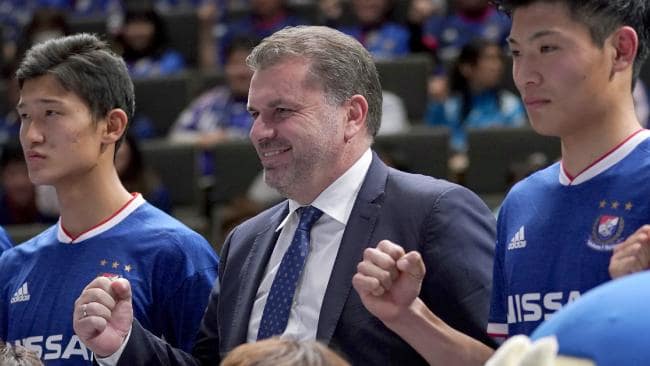 POSTECOGLOU ON VERGE OF J-LEAGUE SUCCESS

Ange Postecoglou sits on the verge of arguably the greatest achievement by an Australian manager, his Yokohama F Marinos side needing only to avoid heavy defeat on the final day to claim the J-League title.

Marinos can afford no worse than a three-goal loss when they host FC Tokyo on Saturday afternoon, something Tokyo-based J-League expert Sean Williams believes they will comfortably manage.

“The momentum is with Marinos. The way Postecoglou has Marinos playing now, everything seems to be clicking”, he told Box2Box.

“They won 4-1 away to the reigning champions Kawasaki last week and they weren’t holding back, they don’t look at all nervous, they weren’t playing it safe”.

In true Postecoglou fashion the success has come through attacking, possession-based football, which has challenged the status quo and mindset of Japanese football to an extent.

What’s been equally impressive has been the speed with which his ideas have been implemented, and the squad has been turned over, with Postecoglou reaching the end of just his second campaign.

“What Ange has done is change the whole team he inherited, in the sense of the way they played. He shipped out most of the key players and of his best team now, only three were regular starters in the 2017 season”.

“He’s changed everything around and to be able to have the team playing at the level they are at now…it’s making a few waves here”.