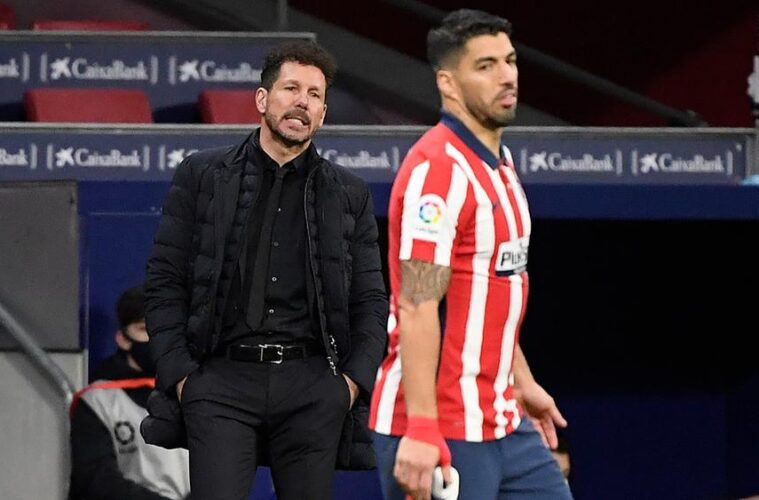 The most compelling La Liga season in recent memory is building towards a worthy crescendo, with Atlético Madrid, Real Madrid and Barcelona split by just two points with eight matches to play.

Having at one stage enjoyed a 10-point gap that had them on track to break the six-year Real/Barca duopoly Atlético have stopped dead atop the table, their lead withering to a solitary point.

“A couple of months ago we thought it was all done and dusted. Atlético were 10-points clear, had a game in hand on Barca as well. But since Christmas everything that could go wrong has gone wrong”, The Athletic’s Dermot Corrigan told Box2Box.

“Kieran Trippier was banned by the English FA for an obscure betting offence, players started to be sidelined through Covid, they started to pick up a lot of injuries. Suddenly their momentum derailed completely.”

Emblematic of Atlético’s early success and now stagnation has been striker Luis Suarez, whose early output has been tempered.

“Often their games would be tight enough, but Suarez would come up with a bit of magic, guile or intelligence and find a way. They were coming through a lot of tight games due to his excellence up front.”

“He’s 34 now; he wasn’t the same player for the last couple of weeks, now he’s got injured as well. Joao Felix as well, out now with Covid, he’s their young playmaking star.”

“With both of those guys not firing, that’s the biggest problem for Atlètico at the moment.”

Still Atlètico should be expected to bank three points at home to lowly Eibar on Sunday and put the pressure on their rivals to keep up for at least another week, with Corrigan explaining the ‘big two’ aren’t without issues of their own.

“Madrid and Barca have been on great runs but Madrid… a lot of their senior, older players are almost running on empty.”

“Barca are so reliant on Messi. If Messi’s going well, they’ll do well but if something happens to him they’d be in trouble. I’d say there’s more twists and turns likely to come before the end of the season.”