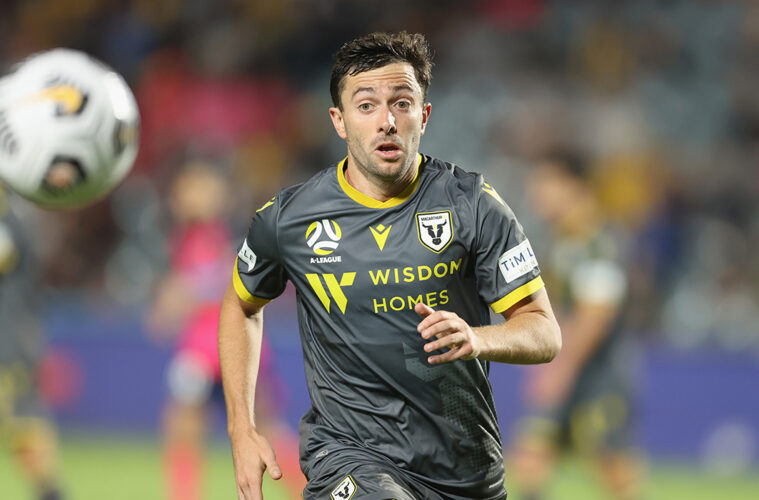 The re-location of Sunday’s A-League semi-final between Melbourne City and Macarthur has handed the Bulls a free kick on the edge of the area and if they can convert, they’ll become the first side since Western Sydney in 2012/13 to reach the Grand Final in their first season.

Bulls winger Tommy Oar acknowledges the ‘neutral’ venue of Kogorah may suit his side more than City, but told Box2Box they’ll take advantages as they come as Covid-19 impacts another finals series.

“I feel a little bit for Melbourne City, they won the minor premiership and deserve to have a semi-final played at home in front of their fans. But with Covid, you never know what’s around the corner and you have to be a little bit flexible.”

“This time it’s worked in our favour and we’re really excited. Hopefully we can get a lot of Bulls fans to the game on Sunday and help us get a good result.”

Although City produced some of the best football the A-League has seen en route to the Premiership this campaign, their stuttering form since wrapping up the plate will see Macarthur enter as the form side.

Fresh off their extra-time boil-over against Central Coast last week, Oar expects Macarthur’s experience to come to the fore once again.

“In our squad we have such experience, not only A-League winners but a lot of international experience. In a one-off finals game where players are nervous, I think our experience holds us in good stead.
We know we’ve also got the young players to come on and make the difference, which is how it turned out last game.”

Although they finished sixth, perhaps it’s no surprise Macarthur are posing a genuine threat to the Championship. Manager and skipper Ante Milicic and Mark Milligan have been involved at the peak of Australian football for over a decade, and know what it takes when the intensity lifts.

“When you go to a new club you never know what to expect…. the one thing that was for certain, and was a big part of the reason I joined, was working with Ante.”

“I’ve worked with him in the Socceroos and Young Socceroos for a long time, I knew what the football would be like and what his approach to the matches would be.”

“It’s delivered exactly what I thought it would on that front and that’s been really pleasing.”

“[Milligan’s] the main guy at the club. Looking back at the Socceroos career he had, captaining his country, I feel he’s left a really good legacy for the next generation. “He’s definitely got all the ingredients to become a very good coach.”