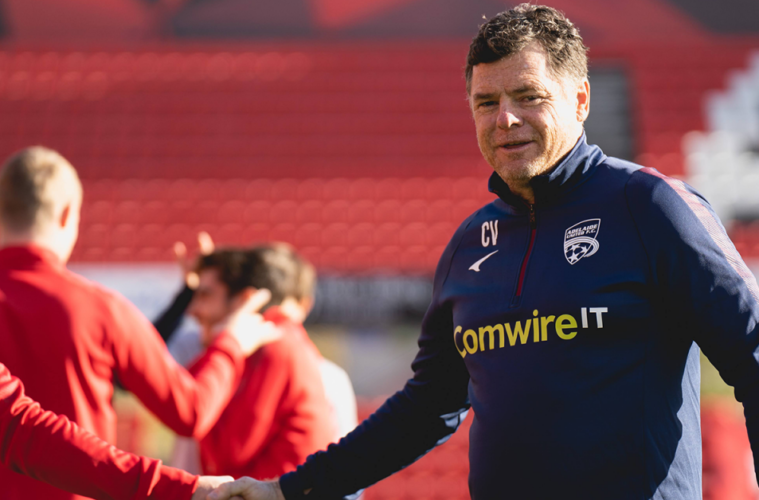 If splitting today’s elimination final between Adelaide United and Brisbane Roar in Redcliffe presented as an impossible task, the loss of Reds talisman Craig Goodwin to an ankle injury has certainly swung favouritism away from the visitors.

But as has been the case all season, Goodwin’s loss will be covered by one of United’s roll-call of local prospects, a resource which has held the club in good stead while managing foreigner departures and shrinking salary caps.

Investing in youth was a primary focus at Adelaide’s top-flight clubs when Carl Veart wore the jersey’s of City and later United, and is something he’s now reaping the benefits of on the touchline.

“I’ve come through that system myself, that’s how I came through at Adelaide City, we were a very local club. Then at the beginning of Adelaide United, we were very much a South Australian team”, Veart told Box2Box.

“The last two years we’ve made a big point of going back to that, giving opportunities to our local players… and if they are good, we don’t need to spend that money to bring in foreign players.”

A finals win away from home would be a significant achievement for Veart in his first year in the job, which has seen the side produce outstanding home form – they’ve beaten every other finalist at Hindmarsh – but ship some cricket scores elsewhere.

“Its been a challenging season, we’ve seen a lot of ups and downs, but I’ve thoroughly enjoyed it. I’ve been very fortunate I’ve had Ross Aloisi and Eugene Galekovic sitting next to me and they’ve provided a lot of guidance and a lot of help, especially Ross.”

“I’ve been able to implement how I believe football should be played, it should be a very attacking brand. But at times that causes us a few issues [defensively].”

While Veart’s immediate task is to select a replacement for Goodwin on the park, the club’s focus at macro level is now to do the same for CEO Bruce Djite, who this week announced he’ll depart football to join the Committee of Adelaide.

“It’s going to be a difficult one to replace Bruce… he was the main reason why I came back. There was a big drive, and he’s pushed it, to change the culture of the club, getting it back to being more of a South Australian club.”