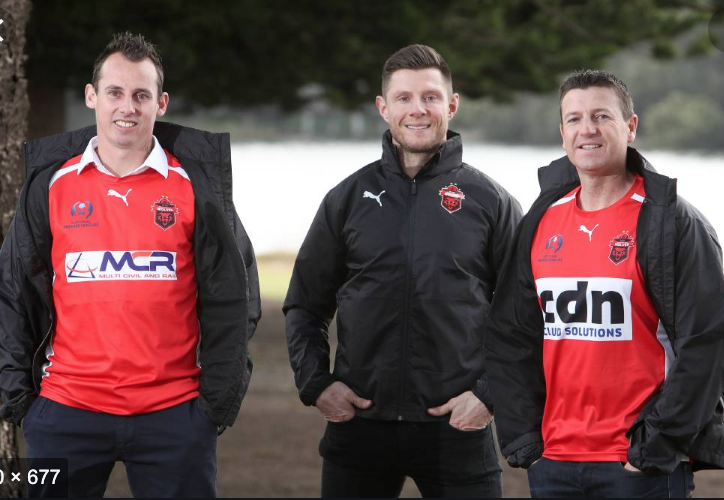 Wollongong Wolves have once again established themselves as one of Australia’s premier semi-professional clubs, having advanced to the final of the NPL Knockout series.

Driving the team is Luke Wilkshire, the 80-cap Socceroo veteran of two World Cups now taking the first steps in his managerial career.

“I can’t say I had any plans to become a coach but an opportunity arose and my wife pushed me into it, so I’m grateful for that!” he told Box2Box.

“It’s been a great turnaround (for the club). Winning the Premiership in NPL 1 for the first time in 31 years was a fantastic achievement, and the opportunity now is to win a national title”.

Like many former NSL sides, the Wolves remain in the cold in terms of A-League involvement, but harbour ambitions to one day return to the national stage.

“The club and the region deserve to be at a higher level, and in the A-League eventually”, he said.

“If I was to have my boys in a full-time environment, I’ve got no doubt they’d be competing. It’s just opportunity, and the finances (which are different)”.

Wilkshire may one day get that opportunity given the great strides he’s made as a manager so far. He’s even surprised himself.

“I didn’t think I’d enjoy it as much as a have. It’s been one of the most satisfying years of my career, to see other players develop and be successful. To help them fulfil their potential is very satisfying and rewarding”.