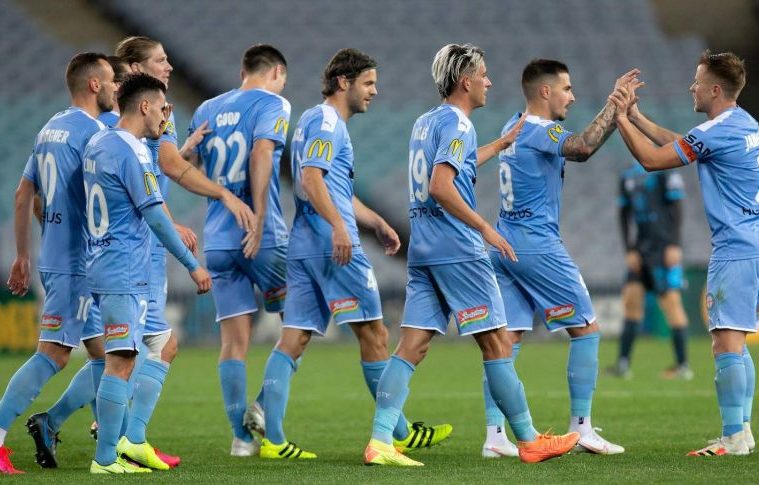 Melbourne City will enter today’s Grand Final as underdogs to the seasoned Sydney FC, but Lachie Wales believes their confidence is up having beaten their opponents earlier this month.

Having usurped the Sky Blues 2-0 on August 1, Wales is confident City can repeat the dose and lift their maiden A-League crown.

“That game four weeks ago, Sydney had wrapped up the title, so there were probably a few excuses for them… you can only play what’s in front of you, (and) we put in a really good performance that night.”

“We are very confident going in, we have nothing to lose, and we’re the underdog. We’ll go in there, press high and look to win the game.”

The underdogs today have the chance to shake their ‘underachievers’ tag, one which has dogged City since their 2014 takeover by the City Football Group.

While many expected instant success, it’s proven a burden too heavy to bear at times. Wales believes Erick Mombaerts’ decision to welcome their ‘big club’ status, and back in the club’s youth system, has unlocked that potential.

“There’s always pressure when you’re at a big club like Melbourne City, and I think this year we’ve decided to embrace it a bit more and really challenge ourselves.”

“There’s also chances for young players (now)…, so I think there’s a good mix of using their resources, and using young Australian talent.”

On a personal level, Wales is hoping today can prove the culmination of the work he’s done to add the ‘final ball’ to his game, having learnt off teammates Jamie Maclaren and Craig Noone.

“I don’t seem to have a problem getting into the (right) positions. But you look at players like Noone, he’s getting an assist or a goal, which is something I need in my game to take me to the next level.”