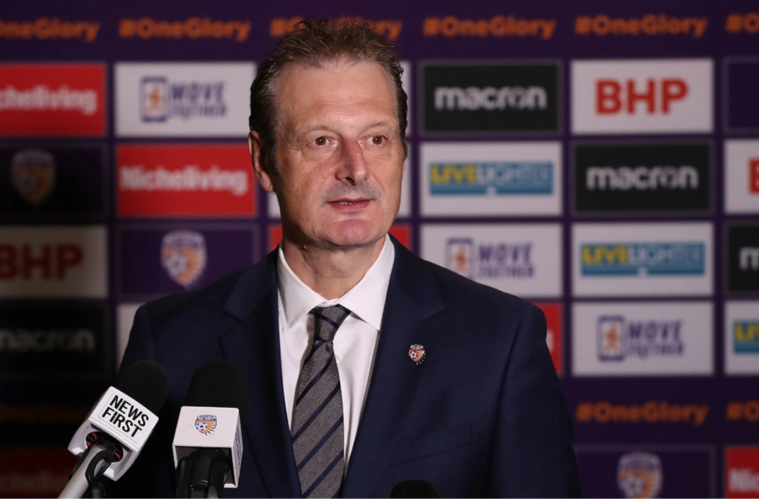 Perth Glory players and staff will enjoy Christmas with their families after club hierarchy led by CEO Tony Pignata orchestrated a deal with the hard-nosed Western Australian state government to complete their quarantine periods at home.

On the road since late November, the Glory came unstuck last week when Pacifique Niyongabire tested positive for Covid-19 in Brisbane ahead of their scheduled December 18 match against the Roar.

Niyongabire is now nearing a release from hospital in Brisbane, while the rest of the squad flew to Perth on Thursday.

‘I still can’t believe we pulled it off, to be honest. When you’re dealing with the WA and Queensland governments, two of the toughest and strictest in the country over the last couple of years regarding Covid, it was sports diplomacy at its best’, Pignata told Box2Box.

‘I was reaching out to all my contacts, and doing it in a manner where we weren’t aggressive, but just pushing and prodding and making sure they understood what was happening and what we would do, and what lengths we’d go to, to make sure there’d be no impact on the [WA] public.

‘[Pacifique] is fine… they’ll probably end up releasing him in the next day or so. They release him to a quarantine hotel where he then serves his remaining seven days, so that’s good news.’

Fixture backlogs are inevitable at present and Perth are already two matches in arrears, and upcoming matches against Sydney FC (January 2) and Macarthur (January 5) have been postponed.

As it stands their next match will be against Western Sydney in Parramatta on January 8, provided all runs smoothly and they can return to training on New Year’s eve.

‘With us now being in quarantine for 14 days, they need to stay home and can’t train. Our first training session will be on the 31st of December, and we’ll need at least a couple of weeks to get back to some sort of fitness, then go to sydney, play some games, and then come back to Perth.’

Pignata is confident the club and supporters will eventually be rewarded with a long stretch of home matches, but that depends on the Western Australian borders opening to opposition sides, which is at the moment slated for February 5.

‘When we did the fixture we predicted the borders would be open mid-to-late January, that’s why we had games scheduled on the 15th and 22nd. We knew we’d have to play away all of December and half of January and then go home but given the way it is, we can only go home after February 5th.

‘We’ll still get our quota of home games, that’s what we’re working with the league on now, to sort out some sort of fixture that doesn’t disadvantage us too much, and means we can still have a full season.’

Australian football fans have fingers crossed that stretch may provide the window to see the best of Daniel Sturridge, who’s temperament has been challenged continually since arriving in the country.

‘You can understand Daniel’s frustration… he was going to play some game time in Brisbane, he’d built to that level of fitness and then, whack. To spend another two weeks in a hotel, you can understand why he was pretty upset.

‘Daniel’s fine now, he’s gone to Sydney to meet his family. I’m hoping he spends some time and then will rejoin the team soon.

‘Adrian Sardinero, too, came from Spain and did his two week’s quarantine. He’s got a wife and child who don’t know Perth that well, he was stuck over here, so there were a lot of those stories that made it imperative we got them out.’