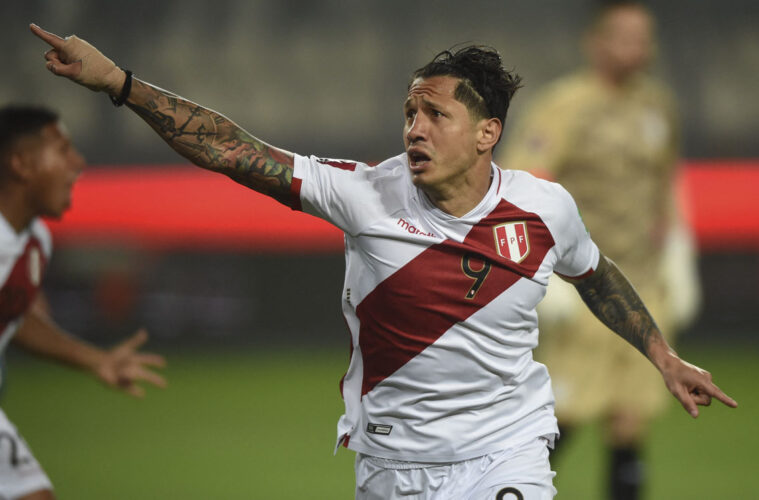 The Socceroos will have to defeat the sides responsible for their exits at both the 2018 World Cup and 2019 Asian Cup if they’re to advance through June’s inter-continental World Cup playoffs and clinch one of three remaining places in Qatar.

Given the state of deep dysfunction Graham Arnold’s side find themselves in, the chances of beating the UAE and then Peru in single-leg knockout fixtures appears minimal. Still, it provides this group the chance to settle some scores from the past four years, and if they can negotiate the UAE, they may fancy the Peru clash as one in which they have little to lose.

‘If it is to be Australia, Peru will just look back to the World Cup in Russia and remember their 2-0 victory and consider themselves favourites… momentum is really with them now, they’ve closed their qualifying campaign exceptionally well,’ South American football expert Tim Vickery told Box2Box.

Vickery explained the Peruvian’s qualification path has been much the same this time around as it was in 2018. Argentine manager Ricardo Gareca’s side has fallen victim to significant form slumps, but has been able to get it together and harness momentum when all has appeared lost.

‘It’s been an extraordinary story, the same thing has happened both times in these past two qualification campaigns’, said Vickery. ‘They got off to a bad start in the 2018 qualifiers, but then there was the extra Copa America celebrating the centenary of that competition in 2016.

‘That’s where they regrouped, the coach sorted out his personnel and wielded the team into a unit. They came out of that Copa and picked up momentum that got them through to fifth place [in World Cup qualifying], and they then beat New Zealand over two legs to qualify for Russia.

‘A similar thing, even more dramatically, has happened this time. They made a disastrous start, and going into the Copa last year Peru were bottom of the table, and appeared to have no chance! But they regrouped again, used that Copa as a starting point, and after that only Brazil and Argentina picked up more points than they did.’

June will mark twenty years since a South American side has won the World Cup, achieved by Brazil under Luis Filipe Scolari. Vickery explained expectations around lifting a sixth title had been tempered, but the sealing of qualification in November with five games to spare has stirred public belief again.

‘Brazil are in it to win it, there’s been a real change in mentality over the last few months. Morale is extremely high and justifiably so. They’ve got more quality goalkeepers and centre-backs than they know what to do with, they don’t look like conceding goals, so they’ve got a platform there.

‘And just in the last few months they’ve begun to find an attacking blend. The excellent thing is the rise of Vinicius Jr, Raphinha of Leeds who’s slotted into the side, and suddenly it’s not all about Neymar. The pressure on him was inhumane, but the burden is now being eased.’

Argentina, too, sealed their ticket to Qatar in a canter. Their 28-year trophy drought and accompanying sense of self-doubt was snapped in lifting the Copa America last July, and this World Cup shapes as Lionel Messi’s last chance to emulate the feats of Diego Maradona and guide La Albiceleste all the way.

‘Argentina have, I think, the best team that Messi’s played in. I was honestly surprised they got out of the group in Russia, and in the end they did give France a game for a while in the last 16, but they were such a shambles.

‘But they’re not now, they are a team, and that circuit of midfield passing with Leandro Paredes, Rodrigo De Paul and Giovani Lo Celso means they’re able to give Messi the ball closer to the opposing goal.’

Joining Brazil and Argentina in automatic qualification were two-time World Cup winners Uruguay, and Ecuador, who will return for their fourth tournament in six since their maiden appearance in 2002.