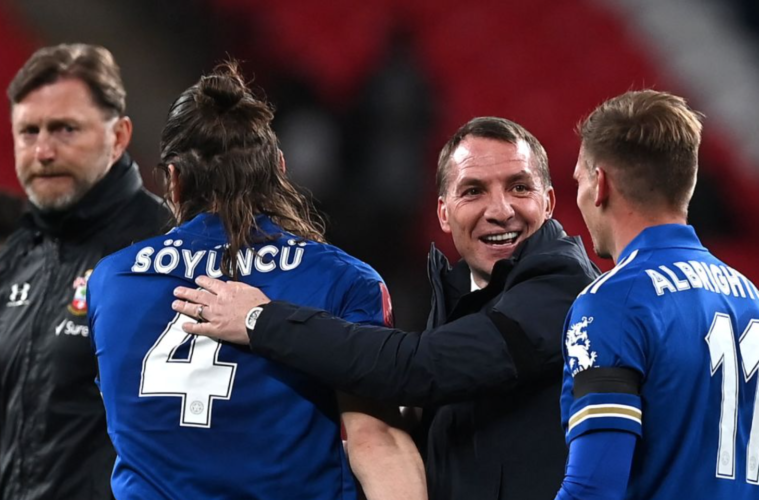 No club has appeared in as many FA Cup finals without tasting victory as Leicester City, but the Foxes will have their first chance to redeem that fact since 1969 when they meet Chelsea in England’s showpiece event on Sunday morning (Aest).

Brendan Rogers’ Foxes will be just the fifth Leicester iteration to contest the final in club history; in contrast, this will be Chelsea’s fourth appearance in five years.

The Athletic’s Rob Tanner believes Leicester’s scarcity in appearances could see it mean more to them, with Chelsea still to compete in the Champions League final later this month.

“This is the first FA Cup final they’re going to appear in for 52 years, the last time was 1969. The last time they were in a semi-final was 1982. So it’s been massive, like the holy grail for Leicester fans”, he told Box2Box.

“If they could win it and complete the domestic set it would be incredible, and would be another chapter in their rise over the last few years. It’s a big day for them.”

“For Chelsea, for all the big six clubs, in the FA Cup in some ways they field weaker teams. They don’t take it, until the very end, that seriously or show it the respect it used to demand.”

Tanner does however fear the Foxes may be on their last legs, following a taxing league campaign in which they’re doggedly clinging to a top four finish.

“I think people don’t understand or appreciate the magnitude of the effort they’ve put in to stay in the top four all season.”

“Rogers has got to be given massive amounts of credit for the way he’s handled his players. He’s wringing the last dregs of energy from the players that are still standing for these last few games.”

If Rogers deserves credit than Chelsea boss Thomas Tuchel deserves a knighthood for the way he’s reinvigorated the Blues since his appointment in January, transforming Frank Lampard’s talented yet stuttering side into ‘arguably the best defensive team in Europe’.

That’s the opinion of The Athletic’s Liam Twomey, who lavished praise on the German for the speed with which he’s turned the side into a force.

“I don’t think you can call it a miracle because Chelsea have too much money, too many resources, too good a squad for that to be the case. But he’s certainly maximised this group of players pretty much from the moment he came in.”

Chelsea’s defensive record under Tuchel is extraordinary, having conceded just twelve goals from 26 matches in all competitions. The figure looks even more impressive if you discount the fact that five of these came in one game, a bizarre aberration against West Bromwich.

“He’s turned the biggest weaknesses under Lampard: the defensive structure, being too easy to counterattack [against] not pressing well enough, those three things are now their biggest strengths.”

“That’s incredible when you consider how little training time he’s had in between games… It’s probably been the best coaching performance seen at Chelsea since Antonio Conte won the league.”