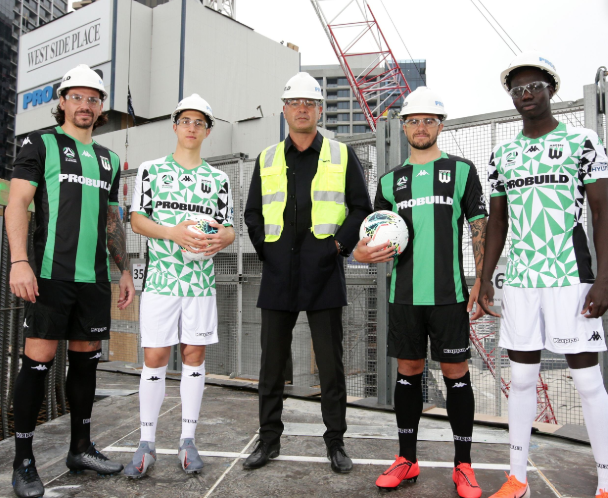 Western United are just two months away from their debut match, and Director of Football Steve Horvat couldn’t be happier with how the nascent club is tracking.

With twenty players locked in, United recently undertook a 10-day training camp on the Gold Coast, which Horvat told Box2Box had been extremely beneficial.

“Seeing the boys on the track day in, day out, things starting to come together, players getting to know each other… It’s been quite an effort to put a squad together from scratch, but it’s been really rewarding”, he said.

“Most clubs (complain) about the long pre-season. We’ll need all of it and more to make sure we get the balance right”.

Panagiotis Kone and Alessandro Diamanti are the clubs biggest name recruits, having both joined after distinguished careers in Europe, and with the Greek and Italian national teams respectively.

“Some of the things they do with the ball is nothing short of remarkable, the fans are going to be thrilled when they see it on the park”, said Horvat.

“But it’s the other stuff, like talking to younger players, explaining what they should be doing, it’s almost like having more assistant coaches on the park”.

“The backroom staff we’ve assembled, including coaches, is first class. It’s a real joy to come into the playing complex everyday and seeing everyone of those staff members giving 100% effort, if its 7am or 6pm. I’m super proud of the people we’ve assembled”.