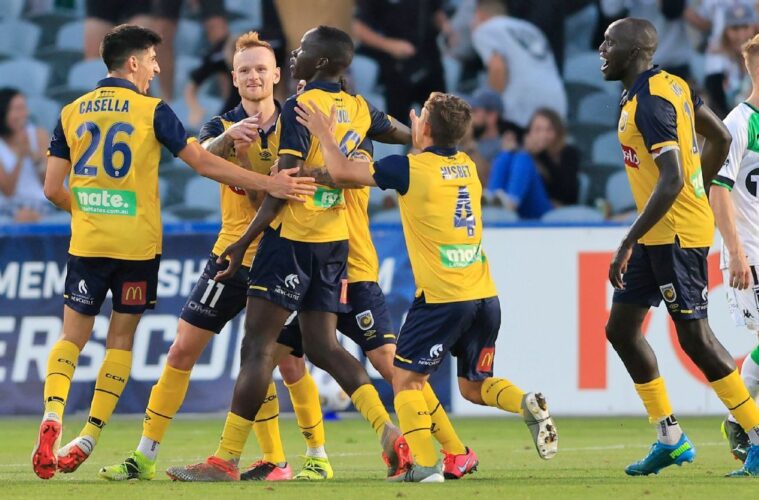 A-League leaders Central Coast Mariners will on Sunday meet Wellington in Wollongong, the first of three consecutive away matches that will reveal whether their flying start to the season is sustainable.

Manager Alen Stajcic has in recent weeks achieved what many considered the hardest job in Australian football, reviving the club that’s endured four wooden spoons in the past five campaigns.

“I’ve been saying numerous times over the last few days, and even over the last four-to-five weeks that we’ve had a great start, we’re pleased, there’s a lot of belief and confidence, but our feet are firmly planted on the ground”, he told Box2Box.

“We know how well we’re going but there’s still so long to go for us to really turn the fortunes of the club around full time.”

Stajcic knows miraculous comebacks like Sunday’s win over Western United won’t eventuate every week, but is confident the club’s leadership will hold them together when challenges arrive.

“When everyone’s aligned and fighting for each other, that’s the culture you develop. That’s where we’ve got to at this point, and it’s a winning culture at this point.”

“It’ll be tested throughout the year, I’m sure we’ll have some ups and downs… but I couldn’t be any prouder of the way Ollie [Bozanic], Matt Simon, [Mark] Birighitti and Kye Rowles, who are in our leadership group, are leading the group at the moment.”

In many ways, the Mariners’ revival has come from developing what they’ve lacked. They’ve found exuberance and fearlessness in Alou Kuol, consistency from Danny De Silva, and solidity in much-improved defensive pairing Rowles and Ruon Tongyik.

In the past fortnight they’ve even added depth that will aid them as the season wears on, with experienced foreigners Michal Janota and Marco Ureña involved in their past two wins.

“I thought Marco took some giant strides forward last game. He started to show some of his experience and leadership on the field, and he’s a fantastic character off the pitch as well and is really guiding people like Alou.”

“Janota the same. Such an experienced player and probably the most technically gifted player in the team. We’re just giving them time…so we really see the benefit from the middle part of the year to the end.”